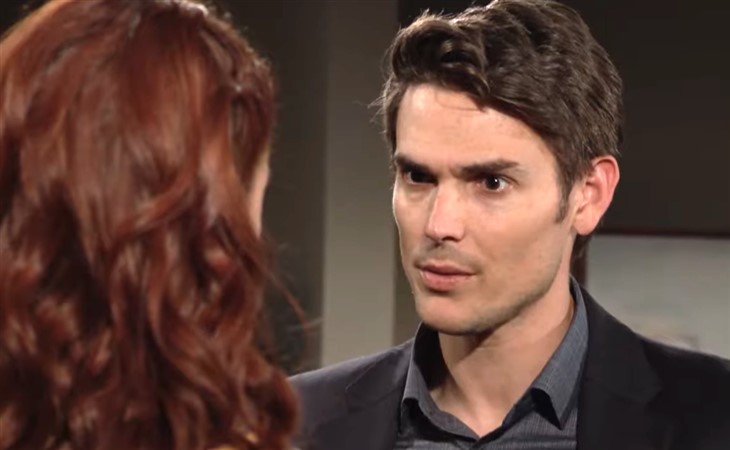 The Young and the Restless spoilers reveal Adam and Sally having a long talk when he pretty much figures out what she’s been up to.

The Young And The Restless Spoilers – Adam Has To Know

Although they are already dressed when there is a knock on her hotel room door, Sally Spectra (Courtney Hope) and Nick Newman (Joshua Morrow) are surprised to see Adam Newman (Mark Grossman) standing there rather than room service.

Adam asks to speak to Sally alone but Nick doesn’t want to leave her with his little brother but Sally insists that Nick leaves in order to have it out with Adam once and for all.

The Young And The Restless Spoilers: Couples Temptation, Skyle Wedding And Snick Cornered

“Sally has quickly learned that Adam and Nick can’t be in the same room and she also doesn’t need Nick or any man to help her deal with Adam,” Head Writer Josh Griffith said in the September 26, 2022, issue of Soap Opera Digest.

Yes, these two have had it out several times before and had another confrontation right before Sally had her first dalliance with Nick on her office couch, a special place for her and Adam.

Sally is shocked when Adam doesn’t mince words and asks point blank whether she is sleeping with Nick and all Sally can manage to do is tell him that it’s none of his business and she is right. After all, it was Adam who dumped Sally for a completely dumb reason and he doesn’t need to know about her love life.

While Sally doesn’t have any desire to share the details of her sex life with Adam, she does have a few choice words for him that make him understand how he truly messed up a good thing. If he thought he knew before, it will really hit home when Sally is through with him.

“Adam will be sorry he started this line of questioning when Sally gives him a painful reality check,” Griffith said.

Are Sally and Nick going to be the new hot couple or is this just a detour for Sally on her way back to Adam? There is a legion of Sally and Adam fans out there who just do not understand why this couple was destroyed so soon, as well as a legion of Shick fans out there who are still asking themselves why Sharon Collins (Sharon Case) is still alone. Stay tuned to The Young and the Restless weekdays to see how this story plays out.