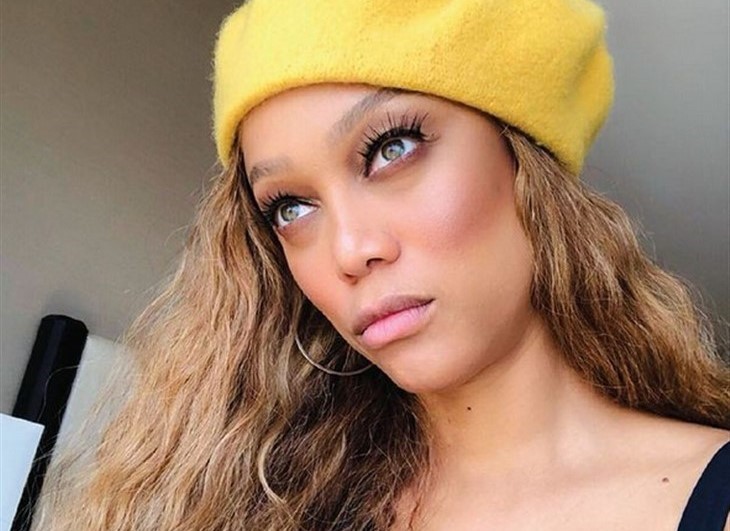 Dancing With The Stars Season 31 spoilers revealed that for the first time, it would come on the streaming platform, disney+. Initially, a lot of critics groused about needing to take out yet another subscription to watch the show. Meanwhile, others groused because Tyra Banks returned. However, now it aired, fans have another issue and it’s quite an important one.

Dancing With The Stars Season 31 – Tyra Banks Gets Shade

When the show migrated away from ABC, many people hoped that Tyra Banks would lose her job as the host. Actually, a lot of people wanted her gone and they flung shade at her ever since Tom Bergeron left. While the news that Alfonso Ribeiro would join her was well-received, people just wished that he could be a stand-alone host. This week, some folks said that she talks too much, but that’s not the major issue.

Dancing With The Stars Season 31 brought a diverse cast, and Real Housewives of New Jersey fans were happy that Teresa Giudice was selected. However, they felt less happy because Jersey Shore star Vinny Guadagnino and Koko Iwasaki didn’t look like they had enough rehearsals. And, they felt that even 17 out of 40 was generous. Additionally, the first elimination saw the back of a clumsy routine by Jason Lewis and Peta Murgatroyd.

Dancing With The Stars – The Major Issue

Ahead of the show on disney+, the pro dancers spoke up about how no commercials meant more time for dancing. Well, that came to pass and it is a good thing, right? Well, no, it’s not a great idea according to folks who sounded off on Twitter. Regina May posted her complaint about not being able to take a run to the loo.

Another Dancing With The Stars comment also complained about the lack of any breaks on disney+. It said, “Lol I hope y’all used the restroom before sitting down for #DWTS because there are ZERO commercial breaks 😂😂😂 #DWTS31.”

It might not seem like a big issue, but clearly, people need to go grab some snacks, or at least go for a pee break.

Dancing With The Stars Season – Not Everyone Was Unhappy

Dancing With The Stars fans were not all unhappy and a poll by The Frank Torres Report indicated that so far, 51 percent of fans liked it on disney+. 37 percent claimed they refuse to pay for a subscription, and 11 percent probably had pee break issues, as they give it a thumbs-down.

What are your thoughts about the lack of breaks during the show in disney+? Shout out in the comments below.

Be sure to catch up on everything happening with DWTS right now. Come back here often for more Dancing with the Stars Season 31 spoilers, news, and updates.