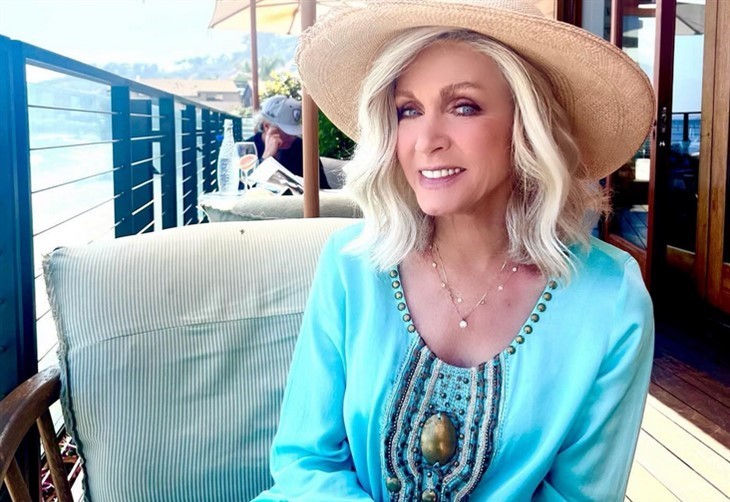 General Hospital spoilers, news, and updates tease Donna Mills, who used to play the role of Madeline Reeves on the sudser, will star in another series of V.C. Andrews movies. The actress took to Instagram to update her fans that she’s having an “exciting project coming soon.”

Lifetime’s new series is based on the Dawn Cutler book series that follows the story of Dawn Longchamp (Brec Bassinger) who loses her simple life and is forced to join the Cutler family, which is headed by her wicked grandmother, Lillian (Donna Mills). Dark secrets and mysteries surrounding the Cutler Family start to get exposed.

Aside from Mills, other cast members include Joey McIntyre, Fran Drescher, and Jesse Metcalfe.

Andrews initially wrote the books but because of her passing, ghostwriter Andrew Neiderman finished the book series. The movies will be based on the book. It’ll start with Dawn, then Secrets of the Morning, Twilight’s Child, and Midnight Whispers. The production of the prequel to the series and the final novel, which is titled Darkest Hour, is currently underway, which means it still doesn’t have an official premiere date.

Sonny Corinthos (Maurice Benard) will make a call asking someone for an immediate callback. He may have called Carly Corinthos (Laura Wright) to update her about what happened given that Josslyn Jacks (Eden McCoy) was near the incident. Unfortunately, Carly won’t be getting any calls because she lost her phone.

Later on, Sonny will bump into George (Michael Flynn), who’s lost in thought. The pair may talk about life and the people they lost over the years. Sonny will recall the time when Mike Corbin (Max Gail) died and now he has to deal with Brando’s death.

While traveling, Carly will run into someone. That person could be Drew Cain (Cameron Mathison) who’s been trying to track her down. But it could also be someone else and Drew may arrive just in time to rescue her from a distressing run-in.

As for Elizabeth Baldwin, she’ll continue with the hypnosis as she tries to uncover what happened to her in the past. Kevin Collins (Jon Lindstrom) will try to guide her as she recalls who she saw and puts together the clues about the staircase incident.