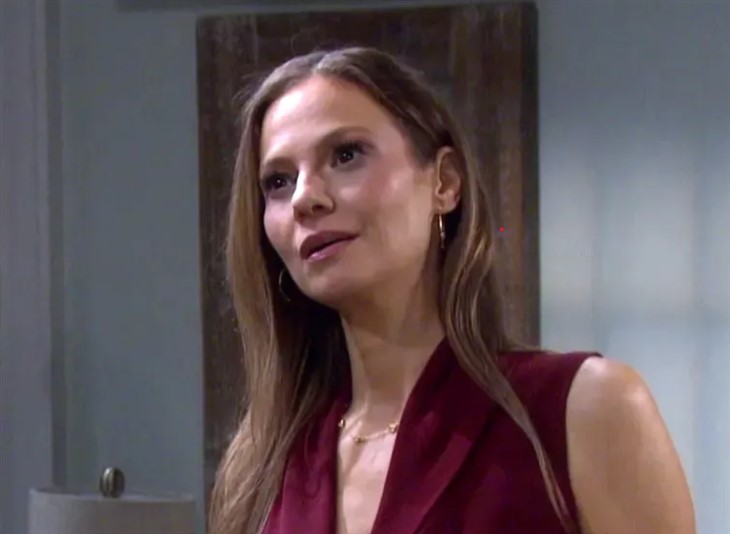 Days of Our Lives spoilers and updates tease that according to a recent leak, Ava Vitali (Tamara Braun) will die when her car goes over the cliff and catches fire. The leaker stated in a spoiler alert to this writer on Instagram that Tamara Braun is leaving the show.

Days Of Our Lives Spoilers – A Fiery Crash

In the DOOL extended fall preview, Jennifer Deveraux (Cady McClain) is shown to be driving on a dark road, upset and crying. Two other cars are on a collision course with Jennifer, one being Ava’s, and the other’s EJ DiMera (Dan Feurriegel) with his mother Susan Banks (Stacy Haiduk) in the car. According to the person behind the JnJ Classic Days Instagram account, rumor has it that Jennifer causes the crash because of her pill addiction and being so upset.

This would not be terribly surprising-a driver can be emotionally impaired as well as impaired by drugs or alcohol. The preview does show Ava and EJ both swerving as well as Susan screaming in EJ’s car, with one car going over a cliff and bursting into flames.

DOOL Spoilers – Not The First Time

Longtime viewers will remember that it’s not the first time that Ava has died, her initials were on a door of that “resurrection warehouse”. It was combined with a lab in Nashville, Tennessee run by Dr. Wilhelm Rolf (most recently Richard Wharton) and EJ was there too, along with Jack Deveraux (Matthew Ashford). Tony DiMera (Thaao Penghlis) was also there along with Vivian Alamain (Louise Sorel) and Nicole Walker (Arianne Zucker), all of them making returns from the dead over the past few years. Thanks to Angel Bo Brady (Peter Reckell) Ava’s son Tripp Johnson (Lucas Adams) was resurrected, but his mom doesn’t look to be so lucky. Rolf doesn’t usually have a lot of luck with “crispy critters” as some first responders call them, either, so it’s doubtful that Ava will be resurrected this time.

Days Of Our Lives Spoilers – Where Will Tamara Braun Go?

The actress herself hasn’t revealed any hints that Ava has been killed off, but usually contracts don’t allow them to until the onscreen death has played out. Remember, what viewers are seeing now was taped six months ago, with the new season beginning this week on Peacock and streaming only. Tamara’s fans have their hopes to see her again soon, possibly seeing her returning to General Hospital as Dr. Kim Nero eventually. Or, maybe Tamara will just enjoy a long vacation after several years of taping schedules and give herself a much deserved rest.