The Bold And The Beautiful Spoilers: Deacon’s Distraction Is Dangerous – Sheila Gains Opportunity 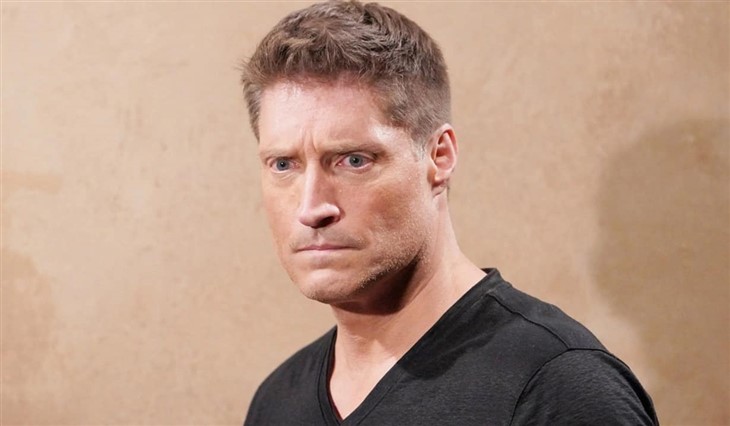 The Bold and the Beautiful spoilers document that Deacon Sharpe (Sean Kanan) had enough on his soapy plate with Sheila Carter (Kimberlin Brown) forcing herself to be his roommate. Now, an ex-wife, Nikki Newman (Melody Thomas Scott), arrives in Los Angeles, California and wants him to help her attack Diane Jenkins (Susan Walters).

Sheila is allowing herself to delve into a fantasy world where John Finn Finnegan (Tanner Novlan) accepts her death hoax, forgives all she has done, and reconciles. None of that will happen, which makes Sheila’s recent trips to the cliff house all the more dangerous for Deacon.

It is not easy for a many to be on parole. Even for someone like Deacon, who was guilty of trying to kill Quinn Fuller (Rena Sofer), admitted his guilt and served his time cleanly.

The Bold And The Beautiful Spoilers: Has Brooke Gone Too Far? – Ridge Forgives Almost Anything

Deacon’s goal, when returning to society, was to build upon the relationship he established via handwritten letters exchanged with his daughter, Hope Spencer (Annika Noelle), while he was incarcerated. That effort has succeeded as hoped but remains tenuous.

There is no plausible escape from the likely bad news Sheila will create for Deacon on almost any day. Now, with Nikki in town, Deacon is fighting a two-front personal battle.

Nikki is outraged that Diane is walking free in Genoa City, Wisconsin. This after she faked her murder, with Deacon’s assistance, resulted in Nikki being charged and enduring a stress-filled legal ordeal.

The hope is that Deacon can provide information that Nikki can either use against Diane to force her to voluntarily leave GC. Alternatively, said intel can be provided to the authorities, who would seek some form of prosecution.

But what would Deacon’s incentive be to help Nikki when doing so could lead to him being implicated and sent back to prison?

The Bold And The Beautiful Spoilers – Sheila Carter Defies Reason

Deacon has implored Sheila to release her fantasy. But she dismisses Deacon’s wise advice as chatter.

Sheila intends to be with her son or potentially to seek another alternative. Hayes Forrester Finnegan (Iliana and Vienna Norris) appears to be in serious danger of being kidnapped by his fugitive grandmother.

Why else would Sheila risk her being caught by Finn at the cliff house the other day if that did not reflect a kidnapping test run?

Crossover fans of The Young and the Restless, where Sheila debuted in 1990, know her history. With that, being alone in the apartment while Deacon is distracted by Nikki will create further opportunities for mayhem on B&B.