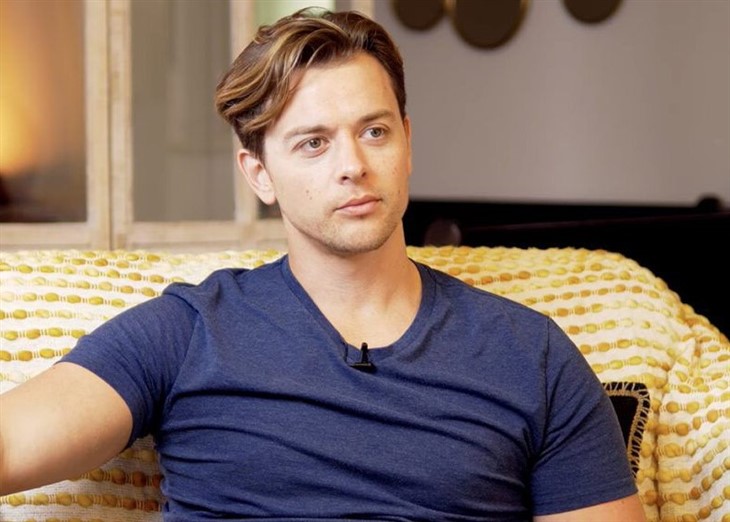 General Hospital news says that a lot of people can’t help but wonder what happened to Chad Duell. That’s because it’s been a long time since he was last seen on the canvas. But for those who are worried about his future on the show, there’s no need. That’s because the actor recently explained his absence. Here’s what you need to know.

During an interview with Maurice Benard on his web series, State of Mind, Chad explained that he’s been quite sick these last few weeks. He said, “So I thought I had COVID again. And I had the symptoms of it—the fever, the cough, a headache, a weird headache. I never had it like that before. But I’ve had COVID a number of times before. So I was testing negative. I’m like, ‘Eh, probably the tests are wrong. Maybe it’s a new strain, I don’t know.’ And the fourth day, all of a sudden my chest started hurting unbelievably bad. I felt like I was having a heart attack.”

Chad added that he went to the hospital, where doctors ran several tests on him to see what was going on. And while he was trying not to think of the worst, Chad recalled, “When you’re in the hospital and you don’t know what’s going on with you, you’ve got to put your mind in just this place of almost just, like, existing in the moment. ‘Cause you don’t want to think the worst case; you’ve just got to live in this place of just, like, not trying to think. You just exist.”

GH News – When Is Chad Duell Coming Back?

The actor added that he was diagnosed with acute myocarditis, which is inflammation of the heart muscles and that he might have also had a reaction to Covid. “It just goes away on its own, thankfully. I just had to take care of it, take the right medication. And I’m okay now, but dude, I thought I was dying,” he added.

Let us know what you think by leaving us a line with your thoughts in our comments section below. General Hospital airs weekdays on the ABC network. Check your local listings for times.

Be sure to catch up with everything on GH right now. Come back here often for General Hospital spoilers, news and updates.