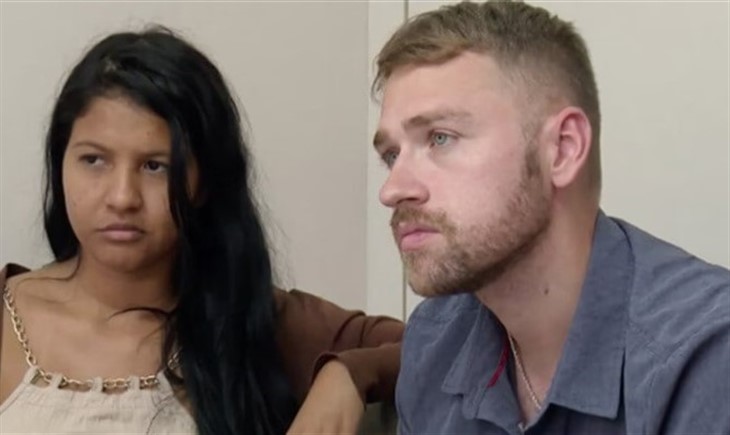 The removal of Pierre and Ethan, the kids of 90 Day Fiance stars Paul and Karine Staehle seemed garbled and unclear. What we do know, is that the kids were taken away, and now Paul is unhappy because Karine doesn’t get to see much of the kids. As far as he’s concerned, the judge is unfair, and it’s all tied to the legal system being corrupt.

The drama between Paul and Karine Staehle comes in waves of confusion and they set the pattern years ago. Splitting and talk of divorce arrived time after time. So, TLC fans grew skeptical about half of it. Even when fans heard that Karine allegedly assaulted Paul, it wasn’t all that clear whether he pressed charges against her. Since then, it seems that he did, and partly as a result, they lost custody of the kids.

90 Day Fiance rumors, mostly fuelled by Paul, suggested that he initially got custody of the kids and he wouldn’t allow Karine to see the kids. However, after following the various influencers, a lot of people discovered that neither of them can now take the kids home. Apparently, Paul allowed Karine to visit with the kids after the judge said she should stay away from them. But even that version isn’t carved in stone.

The first firm confirmation that CPS had the kids, arrived when a poster appeared online requesting the whereabouts of Paul. Apparently, he had Pierre with him in contravention of the courts. He took Pierre back, and he claimed that his mom and dad were denied custody as well. Meanwhile, Karine remained silent until this week, when she claimed she could only see the kids for one hour a week.

Within days of that, The 90 Day fiance alum popped up on Instagram and he expressed his opinion that the courts are way too hard on Karine. In fact, he claimed that Karine took special care to do “everything” the judge requested of her. But, he seems very “harsh” despite her trying so hard. Additionally, he claims that the judge seems to ignore the fact that they try and fix things. But, it makes no difference how often she sees the kids.

Paul feels that the court has terminated their “parental and custodial rights without a fair opportunity at reunification.”

90 Day Fiance fans heard that Paul believes the judge and CPS demonstrate a “corrupt” system. He claimed that neither he, his parents, nor Karine are able to say their side of things. Additionally, he is tired of CPS treating them like “trash.” So, he said that folks should “understand who [they] are voting for.”

When @rewatchreality shared his post on Instagram, he got little sympathy. One follower opined, “[It] hasn’t even been a full year and he expects the judge to grant reunification. 😒🙄 they were probably not following their service plan prior to that and now it’s too little too late for all that.”

Paul and Karine now hope to get some legal assistance when it comes to representation.

What are your thoughts? Is Paul expecting too much too soon? Or, does he have a point about not being allowed to have their say? Sound off in the comments below.