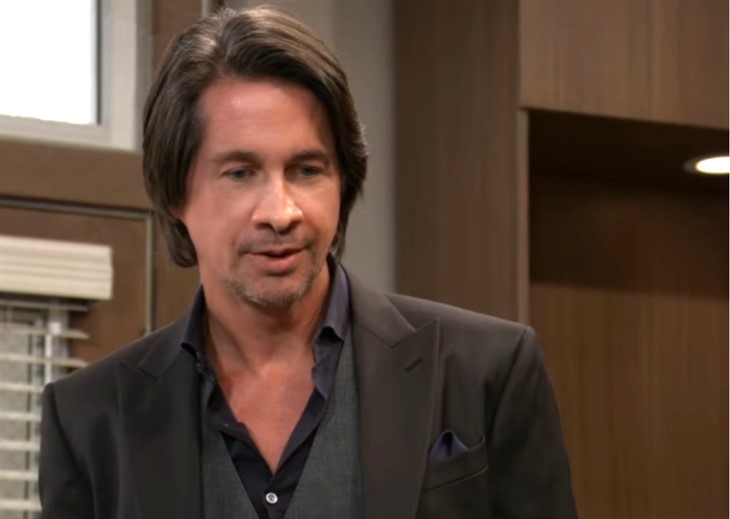 General Hospital spoilers and updates tease that Dr. Hamilton Finn (Michael Easton) will work desperately to try and save a life. The third attack by The Port Charles Hook has left the victim, Attorney Diane Miller (Carolyn Hennesy) in precarious condition.

Finn had recognized the toxin found in Brando Corbin (Johnny Wactor) as a rare venom from a snake he’d dealt with previously, while in Doctors Without Borders years ago. But with the snake and its venom so rare, an antidote is even more rare and Finn must work quickly to try and develop one from scratch. All he has to use is some of Brando’s blood saved which he must extract the toxin from and then use it to develop an antidote.

He remembers how long it took to come up with an antidote for the toxin Peter August (Wes Ramsey) used, meant for him, that Harrison Chase (Josh Swickard) accidentally ingested. Chase was at death’s door, and Diane may have one foot over the threshold already; time is of the essence.

GH Spoilers – No Time To Test

Finn doesn’t even have time to test the antidote he hopes to come up with on a laboratory animal; Diane herself has to be the guinea pig. But it’s certain death for Diane anyway if he cannot get an antidote into her in a very short amount of time. It was proven that life support did not matter in Brando’s case because the toxin killed him with violent seizures, causing his heart to stop. Finn knows that Diane will die the same painful and violent death in a matter of seconds and the clock is ticking away. In the meantime, her system is being flushed with saline in an effort to purge the toxin, and blood infusion equipment and blood of her type is at the ready.

Finn, and indeed, his patient, are in a race against time to beat the death clock as it ticks. Even if Finn is able to create what he thinks is a good antidote for the toxin, it may not prove to work. He remembers going through that, with hope turning into false hope with Chase, and all the despair that went along with it.

Diane doesn’t have the luxury of time for several different antidotes to be formulated and Finn knows that. He can only do what he can to try and save her life with what little time they have.