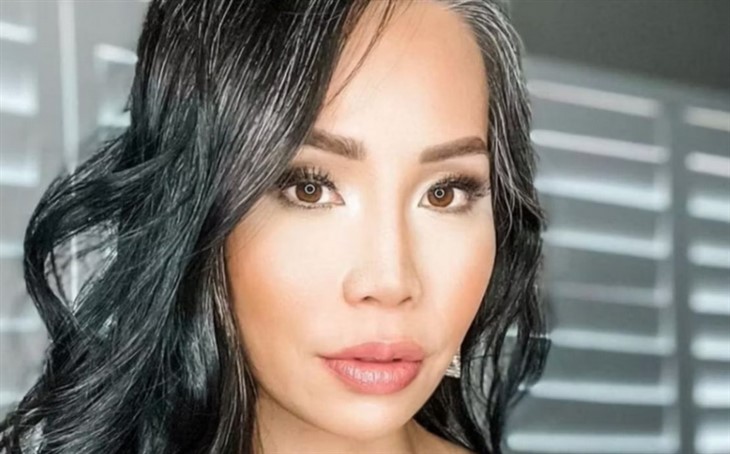 Real Housewives Of Salt Lake City (RHOSLC) Season 3 looks set for more fireworks from Jen Shah. But, has she met her match in newie, Danna Bui-Negrete? Rumors that the two women didn’t get along seem real because the new friend of the show dumped Jen under the bus. Clearly, she won’t be bullied and it sounds like good TV for Bravo fans.

Bravo fans heard back in April, that rumors of a clash between the two women seemed inevitable. It came after season 2’s drama with Mary Cosby, an alleged cult, and accusations of kidnapping a teen. Incidentally, the charges were dropped. Anyway, rumors that Jen Shah was fired arose. But, she’s back for the third season along with Lisa Barlow, Meredith Marks, Whitney Rose, and Heather Gay.

RHOSLC Season 3 friends include Angie Katsanevas, Danna Bui-Negrete, and Angie Harrington. Often the friends are quieter, but it certainly seems that Danna isn’t waiting to get crushed by the OGs. So, she threw Jen Shah right under the bus after a dispute broke out on social media. Actually, as ratings seemed low in season 2, a lot of it could be manufactured by Bravo, but fans don’t mind. They enjoy the drama.

Bravo OGs might want to be careful about throwing shade at Danna. From her reaction when Jen dissed her “macdougala 1984 prom dress,” and slammed her as she doesn’t earn much from Bravo, Danna proved she can be very unfriendly for “a friend.” So, she slammed Jen Shah right back with some well-aimed arrows.

The RHOSLC friend claimed that she works hard, owns businesses, and more, but suggested that Jen “never worked a day in [her] life.” Additionally, with the pending possibility of a jail term for Jen Shan after accusations of defrauding the elderly. Danna never missed a beat. She said, “Quit worrying about my MacDougala, cause where you’re going they don’t make Gucci orange jumpsuits.”

RHOSLC fans who saw the post by TV Deets immediately took to Danna. One of them said, “I like her already! 😂😂😂.”

Other Bravo fans echoed the sentiment and this comment arrived: “Bring it danna🤣👏👏👏👏👏.”

One follower said, “I think I might be in love 😍lol.” And, others agree that it looks like the season will be “good TV.”

Really, why do fans watch the Bravo franchise? After all, it’s just a  bunch of women with too much money and lots of time to insult each other. Of course, fans are there for the drama! And viewers love it even if most of it is just BS for the ratings.  Now, they also seem to love Danna for helping to amp up the entertainment.

Be sure to catch up on everything happening with RHOSCL right now. Come back here often for more Real Housewives Of Salt Lake City Season 3 spoilers, news, and updates.