The Bold And The Beautiful Spoilers: Bill Remains An Option For Brooke – Triangle With Li Emerges? 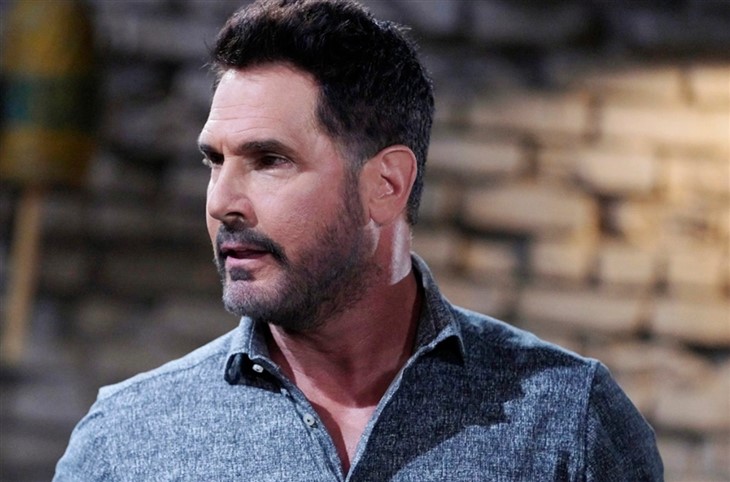 Brooke’s hug with Bill could have been taken as another betrayal. But Ridge chose to shrug it off after hearing his wife’s explanation.

A breakthrough with Taylor Hayes (Krista Allen) makes her an option for Ridge. Whether he chooses to take it could mean that Brooke reconsiders Bill unless he and Li Finnegan’s (Naomi Matsuda) flirtation develops into something more than her gratitude and his appreciation of her strength.

The Bold And The Beautiful Spoilers: Why Does Ridge Believe In Brooke? – Taylor Deserves A Chance

Brooke is not allowing Taylor to act without consequence. While Taylor’s approach has been restrained, Brooke has known since the recast to Allen that Ridge’s other love of his life is in the game.

However, Brooke continues to allow Ridge leeway, believing he will revert to form and return to her. She often plays on their tried-and-true word, destiny, which he seems inclined to agree with most of the time.

But it is fair to wonder how much Brooke will tolerate because like Ridge, she has options. Bill is one of them based on their passionate history.

Li was introduced as a side character. She was John Finn Finnegan’s (Tanner Novlan) adopted father’s wife. Li, as Finn’s adoptive mother, soon took on a far more prominent role on the show.

Bill’s rescue of Li, after she was held hostage, tormented, and tailgated nearly to her death, opened a new pathway for both characters. Bill has long cared for Brooke and still retains hope that her sister, Katie Logan (Heather Tom), will take him back.

But Katie seems like a no-go. And, as noted, Brooke is waiting for Ridge. So, Bill’s link to Li signals that she is probably his next romantic pairing.

Brooke is a survivor. Part of that reality includes her having a man by her side. So, if that guy is not Ridge, then why not Bill?

Bill is just getting to know Li. No matter what her response, if Brooke told him that she and Ridge were finished, this former couple could re-emerge on B&B.