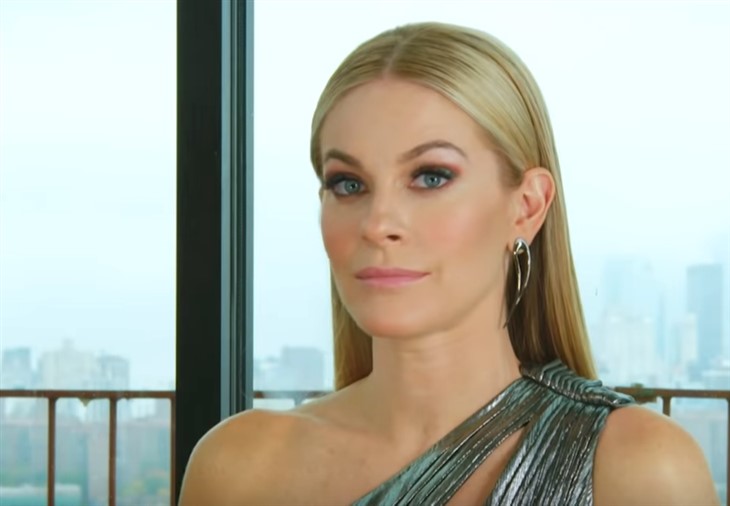 Real Housewives Of New York (RHONY) hasn’t been filmed for a very long time, and the show sits on hiatus. Of course, Bravo fans already heard that there will be a big shakeup in season 14. Is Leah McSweeney one of those that got booted by Bravo?  This week, she hinted at it very strongly.

There was a time when fans wondered if Bravo would cancel the Real Housewives of New York. Recall, Season 13 didn’t have a Reunion and that was notable. Actually, it came after much fuss was made about Eboni K. Williams. Recall, she was the first Black woman in the cast, and she made allegations of racism against Ramona.

RHONY, according to Andy Cohen, will get a massive shakeup, recasting, and other changes. In fact, it’s not clear if they even started filming yet. Additionally, fans probably have to wait until 2023 to see the show again. So, when Leah McSweeney started talking in the past tense, they thought that she told them she was fired by Bravo. But, was she? Read on to find out.

On September 23, Leah took to her Instagram and listed the things she wouldn’t do as a former cast member. Titled, “5 things I would never do as a former Real Housewife of NCY,” folks were alarmed. In her video, she talked about things like how she would “never ever get fully nude, destroy somebody’s backyard, and potentially set it on fire.”

RHONY fans instantly started mourning the departure of Leah. So, here’s what some of them said:

Ahh you’ll be missed! Loved you Tinsley & Martin on the show 😭.

I will NEVER watch this show again with you off! Bravo is so depressing now.”

Real Housewives Of New York – Too Early To Get Panties In A Wad?

Those RHONY fans who skipped the replies in the comments can relax for now. One follower said, “Former” hurts my heart a lot 😭.”

Leah returned to reply and cleared things up. Fortunately, she said, “the only reason I used the word former is cus we haven’t filmed in so long! My bad! I will be on UGT3 and at bravo con!! ❤️❤️❤️.”

In the replies, folks said that they nearly had a “meltdown.” As you can imagine, a lot of people are now relieved to hear that they have not seen the last of Leah in the Bravo franchise.

Be sure to check back with us for everything happening with the cast of Bravo’s RHONY. Come back often for more Real Housewives Of New York spoilers, news, and updates.