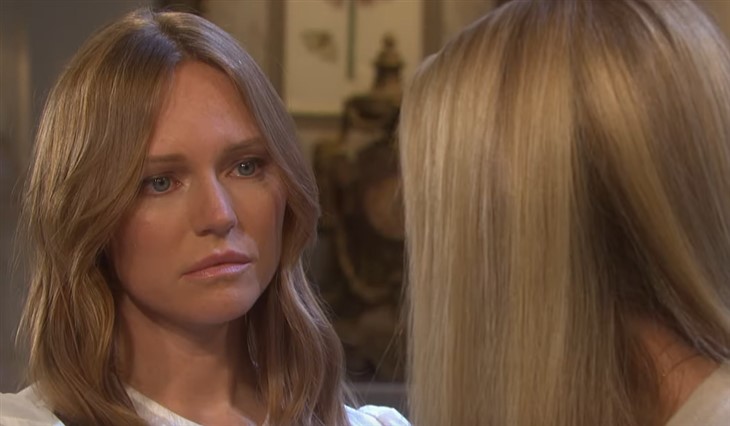 Days of Our Lives spoilers reveal a dramatic and emotional week in Salem as Abigail’s murderer is finally found, but it doesn’t bring peace to all those who loved her.

All the anger Chad DiMera (Billy Flynn) had built up trying to find Abigail DiMera’s (Marci Miller) killer comes out when he finally confronts Cycle Weston (James Read) and demands to know why he did it. We actually see him commit the murder and we learn his real motive in flashbacks but will the motive actually make any sense whatsoever? So far, Clyde as the killer makes this story more confusing than ever.

While chad brandishes a gun at Clyde, the Salem PD manages to stop him from doing an extremely stupid thing and it looks like Clyde is going back to prison for killing his daughter-in-law’s cousin.

Jennifer is on the road to disaster – and Chad confronts Abigail’s killer!
Watch #DaysofourLives exclusively on @PeacockTV. A special $1.99 per month offer (for 12 months) is available now for a limited time. Terms apply. #Days pic.twitter.com/QMXmstfIV4

Abigail’s spirit then visits Chad and thanks him for finding her killer so she can now be at peace. But can Chad be at peace?

And what about Nancy Wesley (Patrika Darbo), who learns that the man she was about to marry is a cold-blooded killer? It looks like Craig Wesley (Kevin Spirtas) and Nancy were both conned this year.

Losing her daughter has been the worst experience of Jennifer Rose Deveraux’s (Cady McClain) life and she has had to hide her grief as well as her relapse into pill addiction. Gwen Rizcech (Emily O’Brien) finally tells her dad, Jack Deveraux, what’s going on with his wife and Jack informs a horrified Julie Williams (Susan Seaforth Hayes). How are they going to get through to her that she needs help?

But is it too late to help her? While Abigail’s spirit visits her to try to comfort her, it’s not doing the trick and just causes Jennifer to take more pills and get on the road to drive. That can never be a good thing and Jennifer finds herself on a collision course with danger. Will she get herself killed or someone else killed because this is not going to end well for her at all? Stream new episodes of Days of Our Lives weekdays on Peacock starting at 6 am EST.