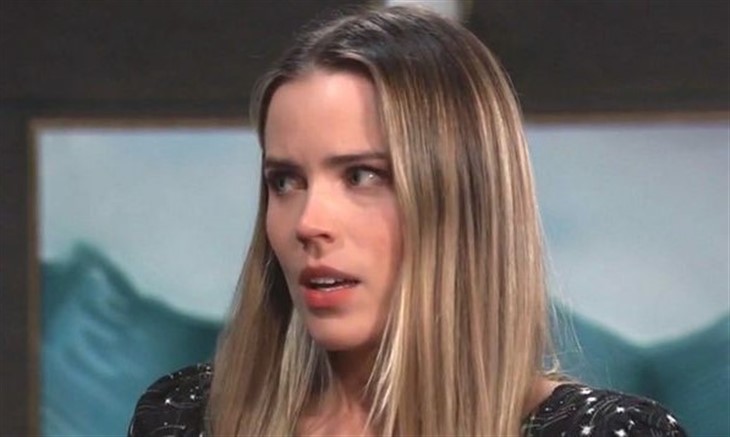 General Hospital spoilers reveal another week of weeping and tragedy in Port Charles. Just after Brando has died, it looks like The Hook has struck again.

Things just keep getting worse for poor Sasha Gilmore Corbin (Sofia Mattsson) who first lost her son, then her job, and then her husband. And now she can lose her freedom as well, as her lawyer, Diane Miller (Carolyn Hennesy), has been stabbed by The Hook.

At least Nina Reeves is there to offer Sasha comfort as she tells her that every time she closes her eyes, all she can see is Brando Corbin (Johnny Wactor). Even Portia Robinson (Brook Kerr) is still beside herself because she couldn’t save Brando and it might now be up to Hamilton Finn (Michael Easton) and his knowledge of reptile venom to save Diane.

As Port Charles prepares to say goodbye to Brando, emotions run high. Sonny Corinthos (Maurice Benard) still thinks the killer is someone targeting the people around him, which could very well turn out to be a red herring. That doesn’t mean Sonny won’t lose his temper in his quest to find whoever is doing this.

The first Hook victim, Ava Jerome (Maura West), is trying to decide where she is going to go once she is released from the hospital. Nina has offered her a place to stay but then Nikolas Cassadine (Marcus Coloma) shows up at her GH room with a peace offering and Ava just doesn’t think it’s enough as she tells her husband that the emotional wounds he wrought on her may never heal, even if the physical wounds from whoever attacked her heal.

Is this really the end for Ava and Nikolas or will she not be able to resist his charms and end up right back at Wyndemere, the scene of the emotional crime? Sometimes wounds can heal if you get away from the atmosphere that caused them in the first place.

Ava might be smart to learn that, but this is a soap opera after all and smart is not always the name of the game. Stay tuned to General Hospital weekdays to see how these stories play out.

"Those wounds are never going to heal." #GH pic.twitter.com/LYk9oxdLW3