General Hospital Spoilers: Spinelli Dishes To Sam: Will He Confess His Love For Maxie? 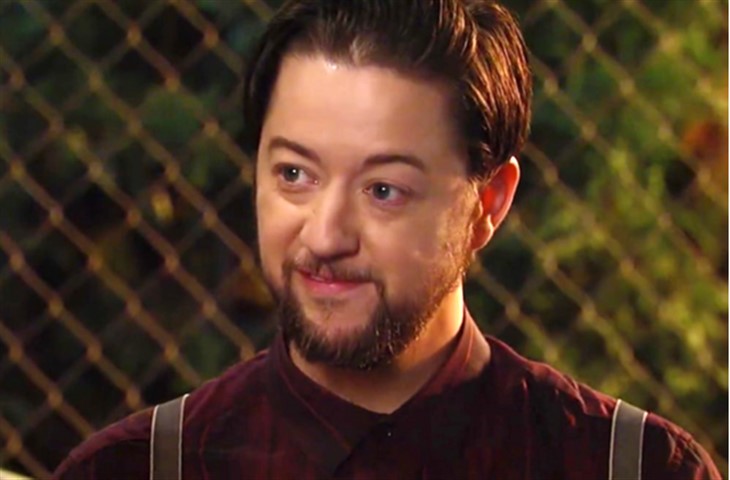 General Hospital spoilers indicate Damian Spinelli (Bradford Anderson) just might spill the beans to Sam McCall (Kelly Monaco) about what he’s been up to — and how he’s been feeling. Or rather, who he’s been developing feelings for! While hints have been dropped alluding to Spinelli having an interest in Britt Westbourne (Kelly Thiebaud), the truth is his love is growing for one of his dearest friends, and he may not be able to keep it to himself much longer.

General Hospital Spoilers – The Past Is In The Past

Spinelli has been recovering from the heartbreak Ellie Trout (Emily Wilson) left him to manage all on his own. When Spinelli and Ellie were still living on the west coast with Georgie Spinelli (Lily Fisher) — Spinelli’s daughter with Maxie Jones (Kirsten Storms) — life was simpler. It was normal. But as danger loomed back in Port Charles, Spinelli was called upon by mob boss Sonny Corinthos (Maurice Benard) and his right-hand man Jason Morgan (Steve Burton) to help.

General Hospital Spoilers: Danger Aboard The Haunted Star Brings Vanna Closer Than Ever

Spinelli’s re-entry to Port Charles would bring ups and downs for Ellie right away. She spent much of her time at home waiting for Spinelli to return from his latest adventure. Every foray into danger left her crippled with worry, and she grew tired of wondering if one day Spinelli just wouldn’t come back to her.

As Spinelli has approached moving on from Ellie, getting back into the dating scene was part of that exercise. Recently, Spinelli purchased a popular online dating service enterprise that appears to be heavily marketed to the residents of Port Charles. Society Setups has caused a few embarrassments for PC residents so far, which mirrors Spinelli’s personality perfectly. While it seemed like Spinelli might be destined to pair up with Britt — a match that was indescribably inaccurate — it appears he’s actually going to find his way back to an old flame.

Could a love affair between these two quirky characters be on the horizon? Spinelli’s intimate relationship with Maxie was scattered in the past. The early days of their relationship led them to a wedding that never happened, and a break-up following that would leave them as just friends for the next couple of years. Although the pair shares a daughter together, she was the result of a one-night stand that didn’t result in the duo coupling up.

However, Ellie once broke up with Spinelli some seven years back because she suspected he still loved Maxie. At that time, Spinelli and Maxie actually did make a go of it and tried to forge a more-than-friends relationship, but they both ended up feeling like they were in love with other people — Spinelli with Ellie, and Maxie with Nathan.

Spinelli is always a friend, first and foremost. So it should come as no surprise that he later officiated Maxie’s marriage to Nathan. He has since supported the mother of his child in the loss of her husband and subsequent turbulent relationship with Peter August (Wes Ramsey). Still, Maxie has lingered in Spinelli’s mind as a story he hasn’t finished, and it looks like he’s growing impatient as he watched Maxie try to move on with Austin as her new boyfriend.

Is it possible Spinelli made use of the algorithms Society Setups deploys and discovered Maxie is his perfect match? This would certainly reignite a fire inside of him that might be tough to snuff out. Keep checking back with us for more on what happens next for our friends in Port Charles.