General Hospital Spoilers: Will Kristina’s Demands For Independence Put Her At Risk–Again? 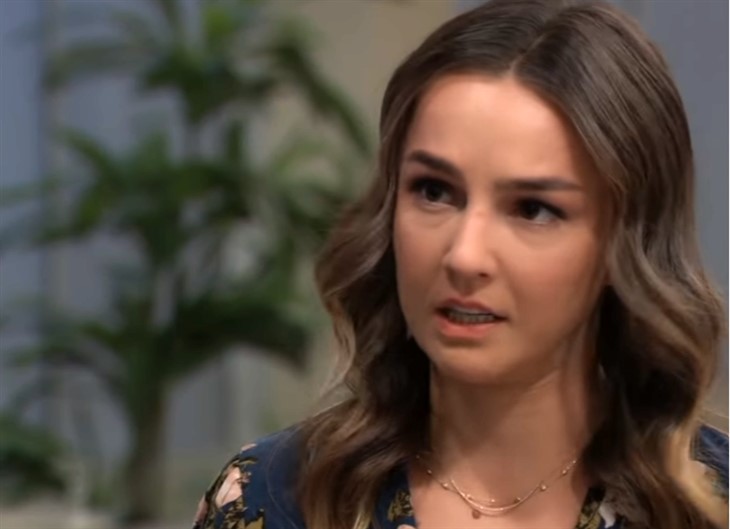 General Hospital spoilers indicate Kristina Davis (Lexi Ainsworth) hasn’t grown from her past mistakes as much as she’d like us to believe. While it seems like her time at Dawn of Day was so long ago, Kristina is still healing from that trauma. Familiar behavior patterns are starting to present in Kristina, and her parents are growing concerned that she may not accept their guidance as she heads toward another potentially disastrous outcome.

Kristina and her mother, Alexis Davis (Nancy Lee Grahn) are no strangers to conflict. Like water and oil, the two most frequently do not mix, and whenever they do, it doesn’t last. Kristina has been coasting along as a bartender at Charlie’s Pub, working for Phyllis Caulfield (Joyce Guy). The lifestyle suits young Kristina, who has always marched to her own beat.

General Hospital Spoilers: Danger Aboard The Haunted Star Brings Vanna Closer Than Ever

Alexis is worried that Kristina is once again failing to listen to her advice to accept protection from Sonny and take extra precautions in keeping herself safe. Kristina always feels like she can take care of herself, and she would think it harsh if her parents reminded her — again — of her past mistakes. But Kristina hasn’t always had sound judgment and sometimes lets the wrong people into her life. Will Dex Heller (Evan Hofer) — Sonny’s enforcer — be one of them?

Alexis and Sonny have to hope that Kristina has grown to be more discerning of who to trust, but given that she still doesn’t take kindly to her own mother’s opinion of what Kristina should do with her life, it’s not looking like Kristina will be taking advice from her mom any time soon. A recent exchange between Alexis and her daughter at Charlie’s revealed Kristina is still as defensive as ever when it comes to feeling like she doesn’t have her mother’s approval on her career choice.

GH Spoilers – Who Will Kristina Davis Listen To?

Maybe Phyllis will step in and become a role model for Kristina, much like she has been for Kristina’s father, Sonny Corinthos (Maurice Benard), and his girlfriend, Nina Reeves (Cynthia Watros). Rumor has it Dex will be the next to cozy up to Kristina in pursuit of protecting her. Will Kristina take words of caution more seriously if they come from this charmer instead of her mother?

General Hoapital Spoilers – Next  In Line For The Hook

Now that The Hook is in town, and has already made a victim out of a Charlie’s customer with Brando Corbin (Johnny Wactor), Sonny is concerned that his daughter could be next. The likelihood of Kristina becoming a target for the murderous hookster is large, given that she was the sole eyewitness of the attack on Brando. Circle back to us every day for more updates on what’s to come for Kristina.