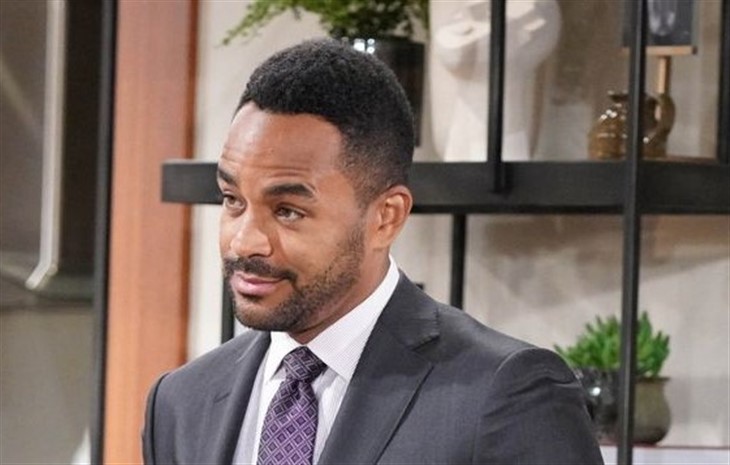 The Young and the Restless spoilers document that Nate Hastings (Sean Dominic) is full of himself these days. TPTB have written Dominic’s character in a noticeably different direction that is questionable.

However, soap fans often suspend disbelief and know that enduring characters must mix it up to keep plots fresh. So, Nate is now hungry for power and intends to knife his cousins in the back so he can be named head of the intended new division of Newman Enterprises.

Devon Hamilton (Bryton James) still does not trust Nate. Lily Winters (Christel Khalil) is more forgiving, pushing for what might be a fated second chance.

Lily and Devon will only be able to blame themselves if Nate’s plan succeeds. In retrospect, they should have known better than to give him access to the upper echelon of the merged Chancellor Industries and the Hamilton Winters Group.

Nate’s background is as a surgeon. While Devon’s punch caused Nate’s career to suddenly end, due to the ill-fated fall at the Top of The Towers, he was not required to make amends by going along with Lily’s family-friendly agenda.

Lily relied on what she thought her late father, Neil Winters (Kristoff St. John), would have done. But Neil was also savvy and far more experienced in business than Lily, who has bumped to her top position through Jill Abbott Atkinson’s (Jess Walton) measured opportunity.

One of the debatable elements in this storyline is Nate choosing to share his insider trading plan with Elena Dawson (Brytni Sarpy). He did so because of perceived trust.

However, a believable plot line could have been written where Nate kept his plan from Elena because he wanted to protect her. That would also have gone along with Nate’s turn toward self-promotion because he would not have fully trusted Elena to keep his secret.

The Young And The Restless Spoilers – When Will The Cousins Learn The Truth?

The timing of when Devon and Lily learn the truth will be important. They could discover Nate’s plot through his unforced error or Audra Charles (Zuleyka Silver) recognizing what is unfolding and telling Jill or CW’s co-heads.

However, TPTB have empowered Elena to stop Nate’s intended coup. Why have her learn the plan without having her act on it?

Elena is teased to separate from Nate in the coming days. So, that could be the point where Devon, Lily, or both question her and learn why she feels alienated from Nate on Y&R.