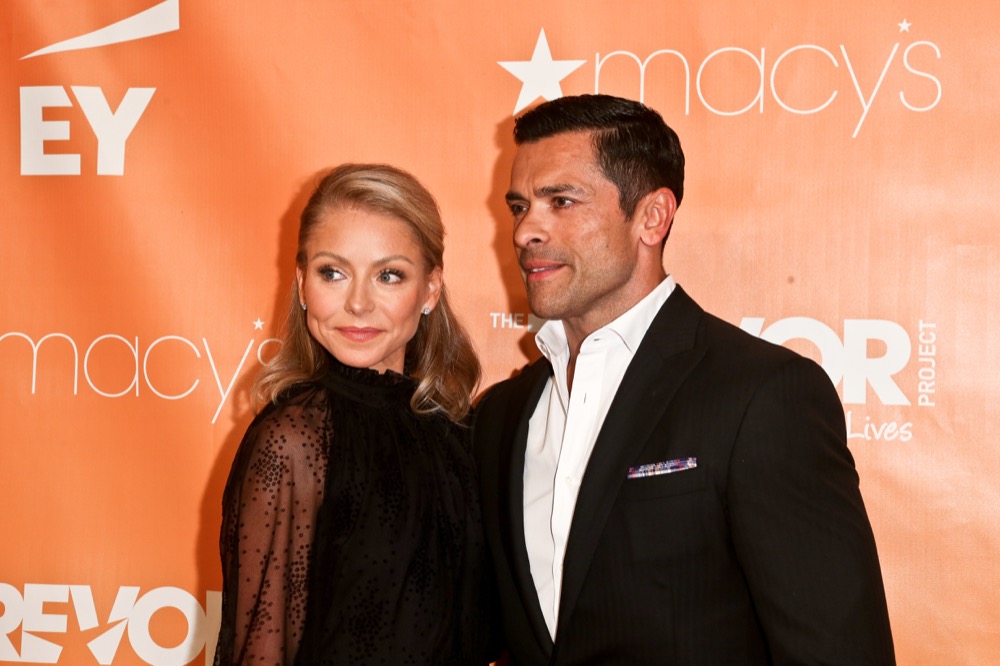 Kelly Ripa fans who watch LIve With Kelly and Ryan know that she’s been super nervous about her book coming out. Titled Live Wire: Long-Winded Short Stories, the debut book spans her marriage of 26 years with Mark Consuelos. In one story, she revealed how Mark leaked her pregnancy with Joaquin. Actually, it seemed like an amusing anecdote.

Mark Consuelos is hot to look at, and enough fans of the movies and Riverdale will testify to that. Although she’s often busy with Live With Kelly and Ryan, and he’s often away filming, they seem to have a great relationship. Mind you, there were some blips in the past. You might recall that back in 2013, she flipped over him being a bit too friendly with Alpha House co-star Yara Martinez.

Fans who follow Kelly Ripa on social media often see that she shares some steamy photos of herself with Mark. Actually, it sometimes embarrasses her daughter, Lola. She’s the second child of the couple, and she recently turned 21 years old. Four years before her, they welcomed their oldest son, Michael. Now, their mom revealed how Mark leaked news when she fell pregnant with Joaquin Consuelos, (19).

Kelly Ripa – Pregnancy Secrets Were Not That Secret

In her book, many anecdotes involve the kids. If you don’t know, The Daily Mail who got some deets ahead of everyone else, reported about her daughter Lola. Back in the day, she kept the pregnancy secret, but a psychic, Char Margolis told the world on live TV that she knew a baby was on the way. Keeping pregnancy secrets didn’t work out with Joaquin either. But this time, it was Mark’s fault.

Kelly Ripa explained in Live Wire: Long-Winded Short Stories, that Mark was away prepping for a movie and he ended up in a “military bootcamp.”  Judging by her story, her husband didn’t really didn’t fall in love with the idea of being a soldier. Called him to tell Mark that she tested positive for her pregnancy, he was unwinding…a LOT! Apparently, he let off some stress in a pub and he’d been drinking quite a bit.

Mark Consuelos – Shouts Out About Joaquin

Kelly Ripa said that when she told Mark about the pregnancy, she wanted to also ask him to keep it a secret for the time being. However, she didn’t have the chance. She explained that he yelled out at the top of his voice, “HEY FELLAS, MY SWEETHEART’S HAVING MY KID!”

Well, what can you do about that? Not a lot, it seems. So, that is how the world heard that Joaquin Consuelos was on the way.

Be sure to catch up on everything happening with Live With Kelly and Ryan right now. Come back here often for more news, and updates from Kelly Ripa.