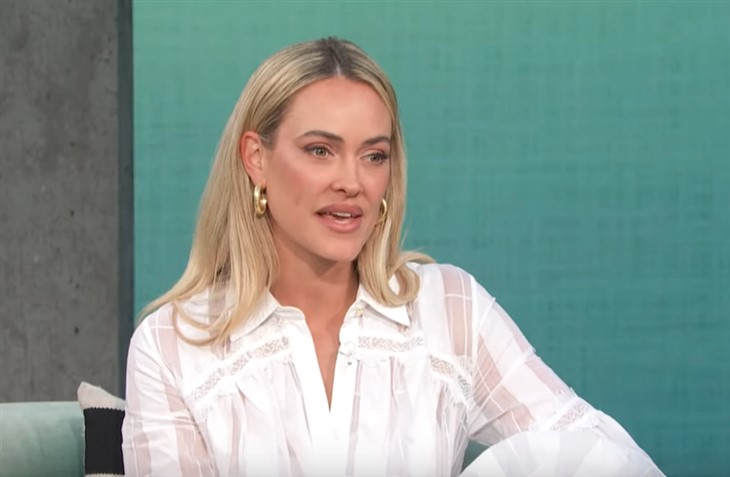 Dancing With The Stars (DWTS) Season 31  featured Teresa Giudice and she was eliminated the week after Peta Murgatroyd and Jason Lewis went home. Real Housewives of New Jersey fans had predicted that Teresa wouldn’t last very long. However, she seemed to have impressed Peta who commented about it on social media.

Dancing With The Stars – Selected Teresa Giudice Season 31 On Disney+

When Bravo fans heard that Teresa would be on the show, some folks reacted with excitement. Meanwhile, the old comments about her table-flipping arose. Actually, some people felt that she gets too angry and stressed to relax and dance beautifully. Unfortunately, their prediction came true. She didn’t impress the judges, Bruno Tonioli, Len Goodman, Carrie Ann Inaba, and Derek Hough.

Peta Murgatroyd has been around as a pro-dancer for a long time on DWTS. So, her opinion matters. However, she didn’t do all that well in 2020. In fact, after her elimination with Vernon Davis, she said that she felt relieved. At the time, she wanted to focus on trying for another child. Well, she came back in Season 31, but she was sent home with Jason Lewis after their very first dance. Nevertheless, she took the time to comment on Teresa’s effort.

Dancing With The Stars –  Pasha Pashkov Comments Along With Peta Murgatroyd

RHONJ fans heard that Teresa blamed Len Goodman for her eliminations. Actually, she felt that he “didn’t like” her. Of course, critics slammed her for that, and a lot of them noticed that she had problems maintaining her rhythm. However, when she posted on Instagram about her Elvis Night dance, both her partner, Pasha Pashkov, and Peta Murgatroyd said some nice things.

Some days after her elimination from DWTS, Real Housewives of New Jersey star Teresa Giudice posted a clip of her dance. In her caption, she thanked Pasha for his “time” and “patience.” She added, “Dancing on @dancingwiththestars was a dream come true! I’ll keep dancing & hold on to everything you taught me! Can’t wait to come back [and] dance with you on the finale!”

Pasha and Peta both commented in the replies.  So, what did they say about Teresa’s run on the Disney+ show?

Dancing With The Stars – Encouraging Comments

DWTS pro, Peta Murgatroyd, said to Teresa Giudice, “Sad to see you go babe. You were amazing and [I] wish you could’ve stayed longer!!

Meanwhile, Pasha Pashkov wrote, “thank you for your kind words @teresagiudice 🙏 definitely keep dancing and next time i come over to visit i wanna see all those new dance moves you’ll learn 😉” Additionally, he also talked about getting together for a party and feasting on Luis Ruelas’ “homemade pizza 😋.”

Be sure to catch up on everything happening with DWTS right now. Come back here often for more Real Housewives of New Jersey and DWTS spoilers, news, and updates.