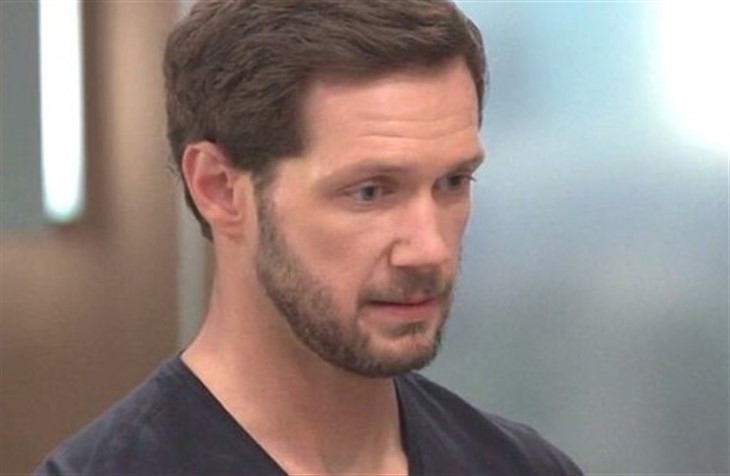 General Hospital Spoilers tease there is a telling reason The Hooker didn’t poison Ava Jerome Cassadine (Maura West) like they did their other victims, Brando Corbin (Johnny Wactor) and Diane Miller (Carolyn Hennesy). Could it be that these three victims were picked intentionally, but not at all because they’re linked to Sonny Corinthos (Maurice Benard)? Ava was also the first victim for a specific reason that will later come to light. Who would need Ava temporarily out of the way while Port Charles is under attack?

General Hospital Spoilers — Who Would Want to Hurt Ava But Wouldn’t Want Her Dead?

The most likely person to be terrorizing this urban center of New York with a hook is Ryan Chamberlain (Jon Lindstrom), Ava’s psychopath ex-beau who is said to be suffering from a locked-in syndrome that makes him immobile. He can only blink his eyes but his limbs are paralyzed, or so he’s let everyone believe.

Esmé Prince’s (Avery Kristen Pohl) secret meetings with her murderous birth father have showcased he is still completely capable of walking and talking. But is he The Hooker? Likely not, but that doesn’t mean Esmé isn’t acting on his disgruntled and rejected behalf. If Ryan put his dear daughter up to the task of picking off Port Charles residents one by one, Ava probably wasn’t even on his list. But knowing Esmé, she had a plan of her own. Her attack on Ava upset Ryan a great deal, as we will come to see. Esmé knew her daddy wouldn’t approve of this sinister move, but as far as Esmé is concerned, Ava tried to kill her. So, she’s ready to settle the score. Of course, that is, if The Hooker is Esmé.

It may be Nikolas Cassadine (Marcus Coloma), Ava’s doting husband who recently cheated with Esmé and destroyed his marriage. Nikolas may have been angry with Ava for leaving him and decided to seek revenge in the heat of the moment after their fiery argument at the Quartermaine picnic. Further, having Ava laid up in the hospital would likely make Ava feel more vulnerable so she might need Nik again and be encouraged to give him another chance. He would never want her dead.

Last but not least, Ava has one enemy no one has seen in a while. Presumed dead after his car blew up in an explosion meant for his father, Morgan Corinthos (Bryan Craig) may still be lurking in the shadows. If he were to make his way back to Port Charles, Ava would be the first enemy he would confront. Morgan wouldn’t be likely to want Ava dead because he’d want her to pay for her crimes behind bars for the rest of her life, and he will enjoy torturing her on the way there, much the way she toyed with him by switching the medication for his Bipolar Disorder.

GH Spoilers Hints The Hooker Will Strike — And Poison — Again

Ava might be in the clear from the toxin that laced the hook, but Brando and Diane weren’t so lucky. The next victim won’t be either. As Dr. Hamilton Finn (Michael Easton) works furiously to create an anti-venom that will tame the toxin and its effects, the killer is still out there waiting for the perfect time to approach their next mark. Head back here for future updates and spoilers and be the first to know what comes next for the ill-fated victims of The Hooker!