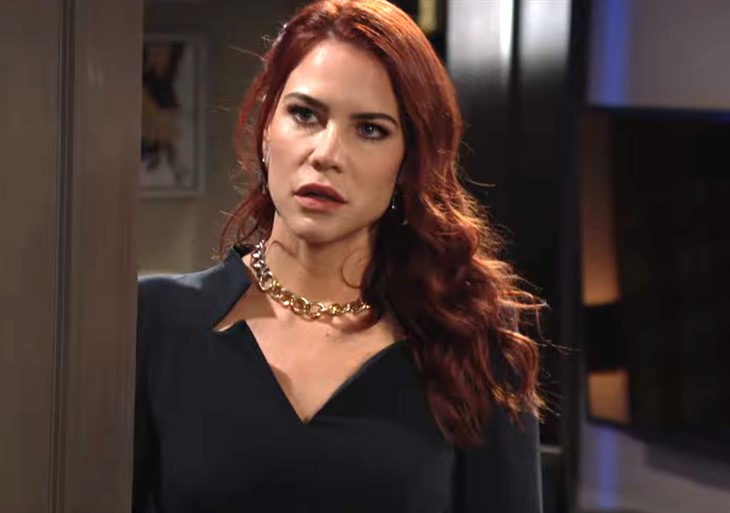 The Young and the Restless spoilers document that Sally Spectra (Courtney Hope) reinforced a message to Adam Newman (Mark Grossman). They are done.

Adam believes that Nick has intentionally made a move on Sally because she is the woman he still loves, despite their connection being past tense. That is not true for Nick. But Sally was drawn to Nick because he is an anti-Adam persona.

The Young And The Restless Spoilers: Victoria Has Full Say? – Chelsea Has Legal Options

The Young And The Restless Spoilers – Sally Spectra’s Third Choice

Jack demurred after Sally’s immaturity and chaotic lifestyle proved too much for the mature co-leading man of Y&R. He feared being burned in love, with his subsequent falling out with Phyllis Summers (Michelle Stafford) and resistance to pursuing old love, Diane Jenkins (Susan Walters), reaffirmed his stance.

Nick became Sally’s third choice, with Morrow’s character not caring about his slot in the storyline order.

Adam confronted Nick in what is once again enemy territory, Newman Enterprises. Nick was sporting his three-piece suit, which goes all-in for the corporate attire he repeatedly rejected in recent years.

Grossman’s character feels entitled to occupy the executive suite that Victoria Newman (Amelia Heinle) tightly grips. But Victor Newman (Eric Braeden) accurately assessed that Adam still does not possess the needed demeanor to run the family business or even hold a place of prominence in Newman Enterprises.

Nick does not care what Adam thinks about Sally’s newest choice of beau. The audience knows Nick did not consciously choose to be with Sally to spite Adam.

Nick did not couple with Sally to prove anything to Adam, as a form of retaliation, or as a psychological game. However, Nick also does not care if Adam is bugged by knowing Sally is now with him.

Victoria is concerned that Nick does not allow this interoffice romance to impact his work, destabilize day-to-day business, or impact the family. Nick feels sure that will not happen.

But fans, along with crossover supporters of The Bold and the Beautiful, know that Sally’s romantic history is not smooth. So, why would Nick experienced anything different?