General Hospital Spoilers: Willow Confides in Chase — Where Does That Leave Brook Lynn and Michael? 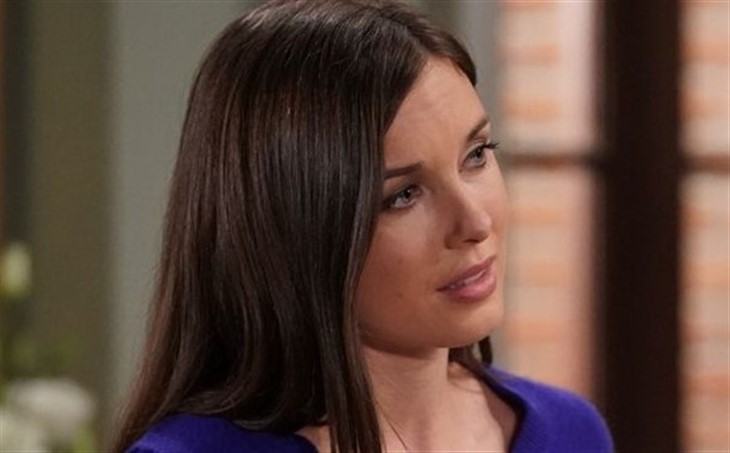 General Hospital Spoilers tease Willow Tait’s (Katelyn MacMullen) leukemia diagnosis will be cancerous to many relationships in Port Charles. The GH nurse is still struggling to tell her beau, Michael Corinthos (Chad Duell) that she’s even sick. He’s been on cloud nine over the news that the couple is expecting a baby, and has attributed Willow’s fatigue to that.

Willow is afraid to burst the bubble of joy she’s pretending to live in at the Quartermaine mansion, so she continues to avoid being honest with Michael. But she has got to talk to someone, and that someone will be her ex-husband, Harrison Chase (Josh Swickard).

After Willow confesses the truth about her illness to Chase, he will encourage her to come clean with Michael. Willow will try hard to rationalize wanting to allow him to hold on to hope and happiness about their baby as long as she can. She’ll make excuses for why she hasn’t told him yet — including emphasizing he’s been so busy with work. In reality, Michael has been busy plotting against his father, mob tycoon Sonny Corinthos (Maurice Benard), but he has similarly kept Willow in the dark about that.

Knowing she has few other people to talk to about what she’s going through, Chase will become a sounding board for Willow, and a source of comfort for her heartache as she worries about the health of her baby. While Willow has said she would tell Michael the truth after she’s into the second trimester, that time will come and go without a confession. Instead, Chase will start to take Willow to GH for her cancer treatments, and she will attempt to hide it from Michael even longer.

All of this time Chase and Willow are spending together amounts to a lot of time he won’t be spending with his new girlfriend, Brook Lynn Quartermaine (Amanda Setton). Willow swore Chase to secrecy and they both know they can’t expect Brook Lynn to keep a secret of this magnitude from Michael. As both couples grow more distant from one another, suspicions will arise about what is really going on between Chase and Willow.

Having cancer will be a traumatic experience for Willow, and she will feel privileged to still have Chase in her corner after all she put him through. But Chase will look at it differently now. Recognizing how Willow put her whole life on the back burner to help Chase when he was stuck in a wheelchair, he will feel he owes it to Willow to put his own life on hold much the same and see her through her cancer treatments. As Brook Lynn and Michael are both pushed out of the secret picture Chase and Willow are living in, the duo may find themselves back to one another after all. Check back with us each day for more GH news, spoilers, and updates.