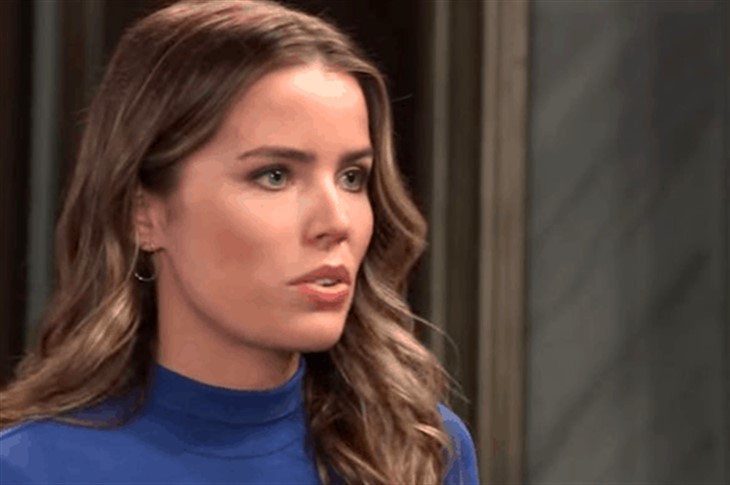 General Hospital Spoilers reveal the plans for Brando Corbin’s (Johnny Wactor) farewell have been finalized. Brando’s loved ones will say goodbye to him in Port Charles style. Loved ones will gather to pay their respects and speak about what Brando’s life meant to them. Sasha Gilmore Corbin’s (Sofia Mattsson) family will get her through the second-hardest day of her life.

Although Brando’s time with everyone in Port Charles was short-lived relative to many others, he made the most of it. When he first came to town, he discovered he was the pretend father to WHO. Rather than lose it on his family, he took it in stride. He side-stepped his interest in his cousin, Sonny Corinthos’ (Maurice Benard) business of organized crime and preferred to do things the “harder” way — if that was what he had to do to keep Sasha in his life.

Even though he and Sasha only first came together as a fling, Brando’s persistent commitment to Sasha after finding out she was pregnant was a clear demonstration of the good man he was. Further, when it was time for baby Liam Mike Corbin to pass on, Brando provided the strength Sasha needed to let go. His family members will try their best to hold it together, share positive memories of Brando, and celebrate his life instead of grieving his death — even if only for that day.

General Hospital Weekly Spoilers: Esme Survived Her Parapet Fall And Is Back For Revenge

Brando’s favorite cousin, Sonny, will definitely be in attendance at his memorial service. Sonny will opt out of saying the things you’re supposed to say and will instead say what’s on his mind, and he’ll do it with panache.

General Hospital Spoilers — Gladys Will Say Goodbye to Her Only Son

Gladys is going to have to truly part ways with her son now — a reality no mother should have to endure, and one Sasha already knows all too well. In the wake of Brando’s death, Gladys will struggle to figure out how to move on, but she won’t be alone in doing it.

GH Spoilers – Hints This Ending Is A New Beginning

Gladys and Sasha are going to lean on each other hard during Brando’s memorial service and beyond. They will come to realize Brando’s life took on a new meaning in bringing them together — Gladys longing for a close relationship with her child, and Sasha longing for someone to fill the role of a mother in her life. What do you hope lies ahead for Gladys and Sasha? Let us know, and stay tuned right here for more General Hospital news, updates, and GH spoilers.