The Young And The Restless Spoilers: Tucker Arrives At The Right Time – Devon Benefits From Backup 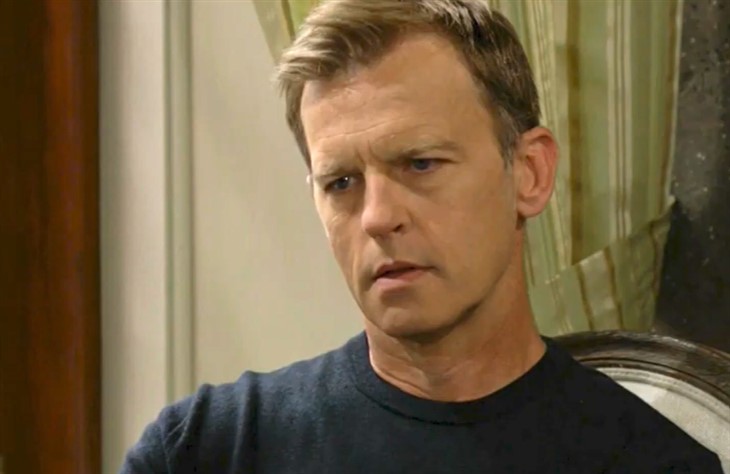 The Young and the Restless spoilers document that Tucker McCall (Trevor St. John) is back. That is good news for a few and bad news for many in Genoa City, Wisconsin.

Tucker’s comeback is highly intriguing because he has been confirmed as Diane Jenkins’ (Susan Walters) connection when she was in Los Angeles, California, and was believed to have been killed in self-defense by Nikki Newman (Melody Thomas Scott).

It is plausible to believe that one of the reasons Diane fears her connection with Tucker being revealed is California related. It may be that the character St. John now plays not only helped to orchestrate her return to the living, as Tucker said when surprising Diane with his presence in GC, but also that he was involved in aiding her murder hoax.

Diane previously volunteered that Deacon Sharpe (Sean Kanan) helped her fake her death by obtaining a corpse from the morgue. While Deacon was known to be shrewd during his last appearance on Y&R when Diane was last played by Maura West (Diane), he did not have the money or connections that Tucker had and has.

Y&R Spoilers – Devon Hamilton About To Be Blindsided

Nate Hastings (Sean Dominic) is employing a plan to sabotage Chancellor Winters plans to take the just-merged company public. He volunteered insider information to Victoria Newman (Amelia Heinle) in return for a promise to sell his shares of CW to Newman Enterprises.

His shares, along with the ones Victoria plans to acquire during the initial public offering, should allow Newman Enterprises to take control of the company that Jill Abbott Atkinson (Jess Walton), Devon, and Lily Winters (Christel Khalil) currently own.

The return of Devon’s father should prove to be a game-changer, with Tucker not wanting the Newmans to edge out his son.

The Young And The Restless Spoilers – Tucker McCall Is Super Savvy

Tucker is a businessman, like Victor Newman (Eric Braeden). That means he takes no prisoners and does not care about collateral damage.

Devon and Tucker have maintained touch while the character St. John plays has believed to have been out of the country. Devon will be grateful if Tucker proves instrumental in helping to save or preserve CW, with a Newman battle and Nate’s exposure being part of the anticipated drama on Y&R.

The Young And The Restless Spoilers: Abby, Elena, And Devon Love Triangle Putting…