Days Of Our Lives Spoilers: Brady And Chloe Agree To Fake A Breakup To Save Marlena’s Life? 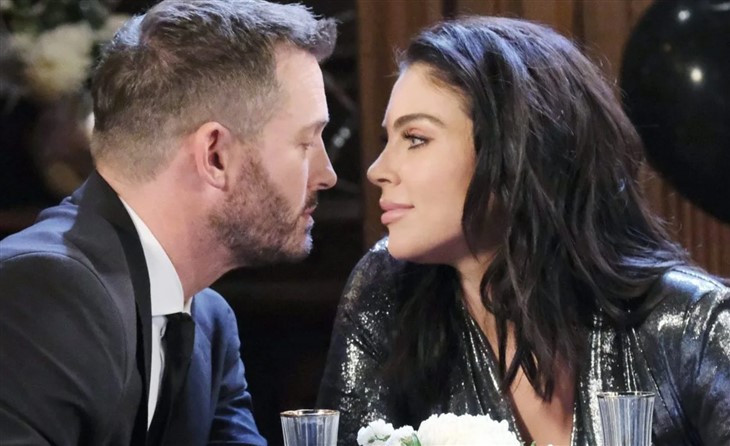 Days of Our Lives spoilers and rumors tease that Brady Black (Eric Martsolf) and Chloe Lane (Nadia Bjorlin) might agree to fake a breakup to save Marlena Evans’ (Deidre Hall) life. That’s because Kristen DiMera (Stacy Haiduk) tries to bargain a cure for Marlena, namely the rare orchid, for her convincing Brady to break up with Chloe.

Days Of Our Lives Spoilers – A Rare Orchid Cure

Viewers will remember that Orpheus (George DelHoyo) broke into Dr. Wilhelm Rolf’s (Richard Wharton) secret lab and stole a deadly toxin which he infected Marlena with. He also infected Kayla Johnson (Mary Beth Evans) and Kate Roberts (Lauren Koslow) with the toxin, and Rolf was angry when he found out. Rolf was able to procure one of the rare orchids to create the antidote with and has been growing it in his lab, waiting for it to bloom.

Rex Brady (Kyle Lowder) tried an antidote for a similar toxin that worked to cure Roman Brady (Josh Taylor) years ago, but it didn’t work. But the orchid has bloomed so Kristen attempts to blackmail Marlena into convincing Brady to reconcile with her and break up with Chloe in exchange for the antidote.

Once Marlena tells Brady what Kristen wants in exchange for the cure, she, Brady and Chloe agree on a plan, and bring John Black (Drake Hogestyn) in on it too. Rex will need to be brought into the loop as well, as will Roman and Steve Johnson (Stephen Nichols) as Kate and Kayla are also very ill. They all agree to trick Kristen into thinking Brady has given into her demands, but then Brady will bargain with Kristen, not just taking her word that the antidote will work. Brady wants proof that can only be had by seeing his mother cured, and he also bargains for enough antidote to save Kate and Kayla as well. Kayla is the most ill and time is of the essence, as she may not make it.

Days Of Our Lives Spoilers: Kristen Turns To Marlena For Help, Makes Her Bargain For A Cure? https://t.co/IB2YONgWno #DaysofOurLives #Spoilers #DaysofOurLivesCast pic.twitter.com/dkyS5tCDbT

Days Of Our Lives Spoilers – Will She Bite?

The big question is whether Kristen will bite when the bait of Brady’s breakup and reconciliation with her is dangled in front of her. She may not provide the antidote until Brady remarries her in a rushed trip to the justice of the peace, and that will be too late. Another question is if she will have to rob Rolf’s lab herself to get the antidote or if he’ll figure out her plot himself.

Rolf may find need to remind Kristen his loyalties are to her late father, Stefano DiMera (Joseph Mascolo) not her. Stefano would never allow Marlena’s life to be bargained for an antidote.

Days Of Our Lives Spoilers: Nicole Pushes Jada To Get Rid Of The Baby, Eric Goes…