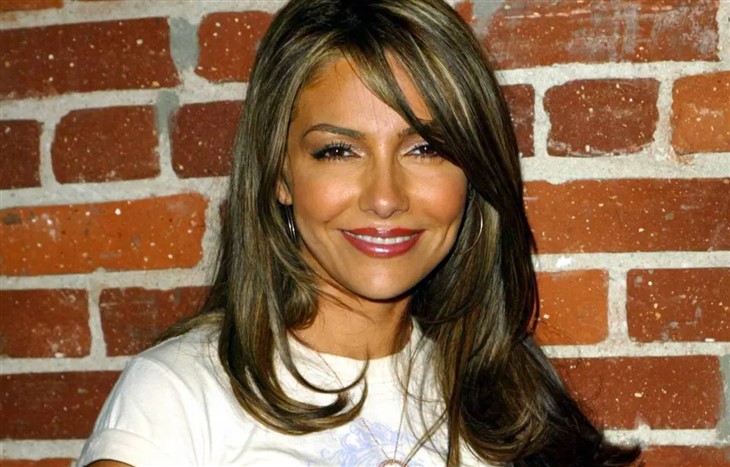 General Hospital Spoilers tease Vanessa Marcil — the actress who brought Brenda Barrett into our living rooms — is still a force to be reckoned with decades after her introduction on General Hospital. She has continued to live on in the hearts of many daytime fans who long to know if Brenda will ever come back.

General Hospital Spoilers — For Brenda Barret, It Was Always About Making Connections

Diehard fans will never forget the way Brenda Barrett blew into Port Charles to confront her sister, Julia Barrett — a woman who was dating Ned Ashton Quartermaine (Wally Kurth) at the time. Although Julia’s romance with Ned fizzled out fast, Brenda’s budding friendship with him was just gearing up. She would later join ranks with Ned’s then-wife, Lois Cerullo (Rena Sofer), to run L&B Records. Brenda also dabbled in modeling.

Over the course of her stay in Port Charles, fans came to love Brenda most as a love interest to Sonny Corinthos (Maurice Benard), but she also dipped her toes in the water with Jasper “Jax” Jacks (Ingo Rademacher), which sparked the two men’s long-time opposition — especially where their women were concerned. Brenda would also come to spar with Carly Corinthos (Laura Wright) on occasion — only adding to the drama swirling around Sonny and Jax. Brenda did marry Sonny, and also once wed his right-hand man, Jason Morgan (Steve Burton) — but purely for reasons of convenience.

Vanessa spent much of her early career in theater before landing the role of Brenda on GH. She went on to make several guest appearances on popular sitcoms and talk shows. In 1998, Vanessa hopped from ABC to Fox, where she starred as Gina Kincaid on Beverly Hills, 90210. It was only a few years before she was back in Port Charles. From 2003 to 2008, she starred as Sam Marquez on the hit series, Las Vegas. Since 2008, Vanessa has continued to take on short-term commitments, but her focus has been more on her personal life.

The earliest years of Vanessa’s foray into married life were with actor Corey Feldman from 1989 to 1993. As her career took off in 1992 with GH, her marriage simultaneously seemed to falter — regardless of whether either had an impact on the other.

In 1997, she became involved with GH veteran, Tyler Christopher — who used to play the role of Nikolas Cassadine before Marcus Coloma and a slew of others. Their romance lasted only two years.

Shortly after her split from Tyler, Vanessa found herself coupled up with Brian Austin Green on the set of Beverly Hills, 90210. Just 2.5 years later, they would welcome a son, Kassius Lijah Marcil-Green. But that relationship also hit the bricks just one year later.
Marcil spent time focusing on her son during his formative years, and in 2010, she married Carmine Giovinazzo — a fellow actor. The couple parted ways just two years later following two miscarriages, and their divorce was finalized in 2013.

Love struck again for the GH bombshell in 2015 when she was engaged to marry MC Martin, a Deputy Sheriff in California. However, a surprise announcement she was pregnant and later endured her seventh miscarriage. Fortunately, the couple has found strength even during their darkest times and they are still together today.

GH Spoilers – Says Brenda Barret May Not Be Gone Forever

Today, Vanessa Marcil continues to be a champion for many causes while still dabbling in performance arts. She’s an ally for her son who has been open about identifying as bisexual. Vanessa has also been a longtime supporter of domestic violence victims. Stick with us. More GH news, updates, and spoilers coming soon.