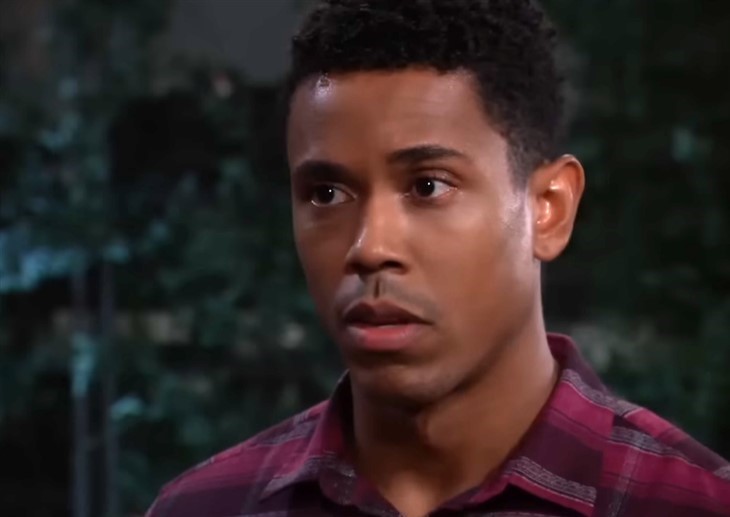 General Hospital spoilers and updates tease that TJ Ashford (Tajh Bellow) will confront Nina Reeves, (Cynthia Watros) possibly even at Brando Corbin’s (Johnny Wactor) funeral. TJ, Nina, and Willow Tait (Katelyn MacMullen) will likely all be at the funeral, and it will be a good time to defend Willow and tell Nina they’re only friends.

Nina saw TJ with his arms around Willow, comforting his friend when Nina saw it and later laid into Willow with salacious accusations. Even with all the times she has given and received hugs from men who were only her good friends, including Curtis Ashford, (Donnell Turner) she saw an opportunity to strike. Nina is obviously very bitter towards Willow for making sure that she never saw or spent time with her grandson, Wiley Corinthos (Viron Weaver) again.

Nina accused Willow of cheating on Michael Corinthos (Chad Duell) with TJ, and it being the real reason she spent so much time at the hospital. Perhaps Nina was thinking she could turn it around into a way to get Wiley into her life.

GH Spoilers – How Does He Find Out?

One valid question is how does TJ find out; did someone see Nina accusing Willow of having an affair with TJ and yet not step in? More than likely Willow herself tells TJ as a warning, fearing that next Nina might go to Molly Lansing Davis (Haley Pullos) with her suspicions. Of course that would be out of line but Nina’s problem isn’t with TJ or Molly, it’s with Willow and Michael.

As far as why Nina was in General Hospital, that was because she was helping Ava Cassadine (Maura West) get ready for release, Ava’s staying with Nina for a while. TJ cares for Willow a great deal, but they are only close friends, and Willow cares for TJ but again, only as close friends.

There are probably better places to confront someone than at a funeral, but it will probably happen after the actual funeral but in the venue. Willow will no doubt be upset, as Michael will, to see Nina on Sonny’s arm, deeming it inappropriate for her to be at a family funeral. Nina will not only be there for Sonny, she’ll be there for Sasha Gilmore Corbin (Sofia Mattsson) and Willow should realize that.

TJ will take the opportunity to confront Nina for tearing into Willow at GH, and straighten her out about their relationship. He will try to keep it private, but Nina may not keep it private; Sonny may appear and break it up.