The Young And The Restless’ Spoilers: Tucker On A Seek And Destroy Mission? – Diane Is Unnerved 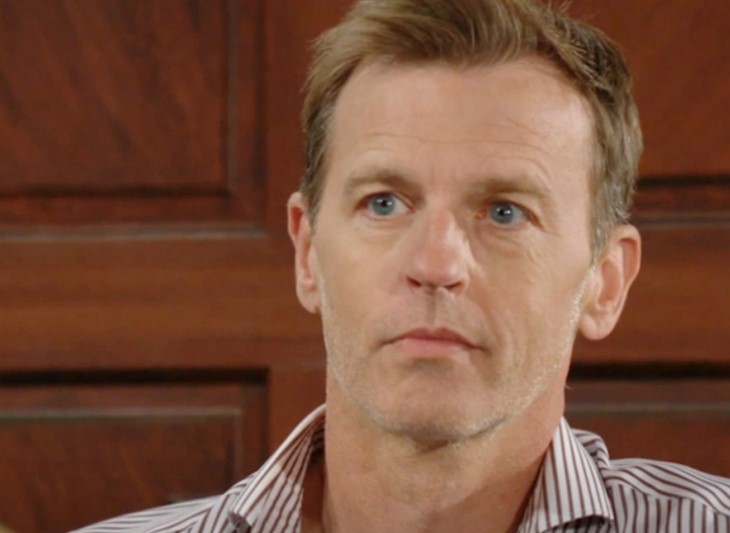 The Young and the Restless spoilers document that Tucker McCall (Trevor St. John) began laughing after Victor Newman (Eric Braeden) left his Genoa City Athletic Club hotel suite. That did not match what he told the Moustache, with the misdirect indicating calculated mayhem is dead ahead.

McCall Unlimited is a wide-ranging corporation involved in international dealings. But Tucker has a hidden agenda that involves local business.

The Young And The Restless Spoilers: Adam Angered By Reveal – Chelsea Spinning Out Of Control

The Young And The Restless Spoilers – Diane Jenkins Is Useful

Diane Jenkins (Susan Walters) arrived before Victor. The front half of her conversation with Tucker was pointed and frantic.

Tucker shuffled her into the bathroom after Victor began pounding at his front door. Viewers wondered how the founder of Newman Enterprises, who has the biggest ears in all of Genoa City, Wisconsin, did not hear Diane talking to Tucker.

The back half of Diane’s talk with Tucker was intended to appease her. She was told no one would learn about their connection, and all she had to do to fulfill their now-amended agreement was to let him know when Ashley returns from Paris, France.

Jill Abbott Atkinson (Jess Walton) is excited about the pending initial public offering. In it, the just-merged Chancellor Winters intends to gain capital that should open growth opportunities.

Walton’s character is one of the GC women with a romantic connection to Tucker. Unless he is secretly working with her, Jill could soon realize that either Tucker or Newman Enterprises realizes CW’s potential after a hostile takeover.

If Tucker is sincere about reconnecting with Devon, he will not operate behind his son’s back. Ideally, Tucker will help CW avoid the knives Victor, Victoria Newman (Amelia Heinle), and Nate Hastings (Sean Dominic) plan to use.

The Young And The Restless Spoilers – Tucker McCall Remixes The Deck

Katherine Chancellor (Jeanne Cooper) was one of GC’s elite ruling class members during her enduring and illustrious reign. Tucker inherited some of his mother’s traits, including a penchant for proceeding with measured haste.

Tucker’s demeanor with Diane is the only somewhat pure aspect viewers can read. He is back in GC to remix the deck. That means great drama in the tradition of the Grande Dame on Y&R.