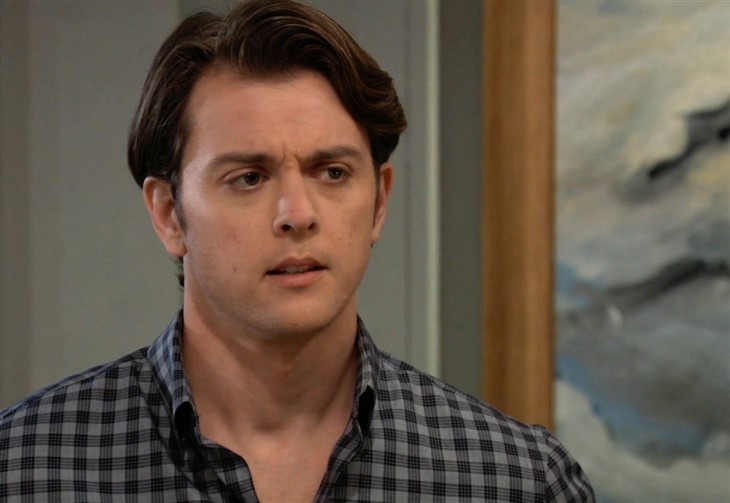 General Hospital (GH) spoilers and updates tease Michael Corinthos (Chad Duell) has set in motion a cunning plan. Michael believes that he needs to bring his father Sonny Corinthos (Maurice Benard) to justice. Michael is working with Dex Heller (Evan Hofer) to get information on Sonny. Michael has started to be concerned that his sister Josslyn Jacks (Eden McCoy) has been showing interest in Dex. Michael may need to turn to Joss’ boyfriend Cameron Webber (William Lipton) to prevent Dex from getting close to Joss.

Michael knows that Dex is putting himself in precarious position with Sonny. Dex has been attempting to prove to Sonny that he can trust him. Sonny has been concerned about the people in his life because a mysterious hook assailant has been targeting people that are close to Sonny. Sonny began to believe that Dex was the mysterious hook assailant because Dex was at the scene of the different attacks. Sonny believed that he needed to force Dex to admit his guilt and took him prisoner.

General Hospital Michael knows that his plan to take on Sonny is risky. Michael does not want Joss to be put in the line of fire. Michael is concerned that Dex may want to become more than friends with Joss. Can Michael keep Dex from pursuing a relationship with Joss? Cameron will want to hold onto his relationship with Joss. Cameron may find that Joss has formed a strong bond with Dex. Can Cameron find a way to make sure that Joss does not leave him for Dex? Be sure to catch up on everything happening with GH right now. Come back here often for General Hospital spoilers, news, and updates.