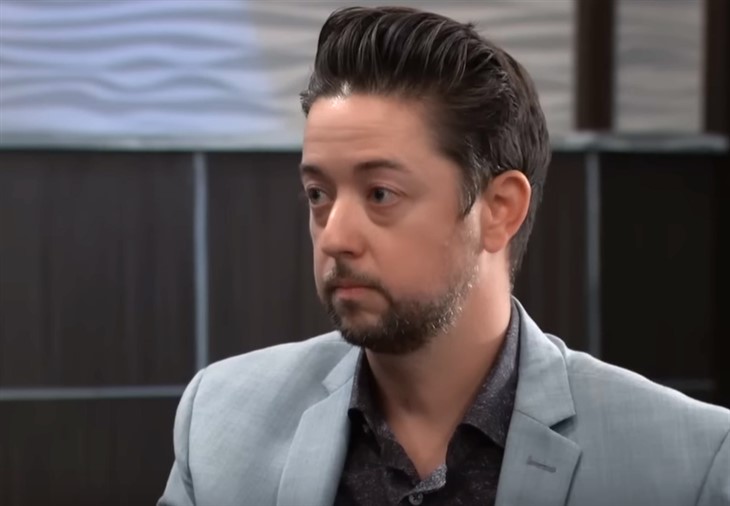 General Hospital (GH) spoilers and updates tease Sam McCall (Kelly Monaco) is faced with a tricky situation. Sam wants to help her good friend Damian Spinelli (Bradford Anderson). Sam has found out that Spinelli could get into personal and profession trouble. Spinelli admitted to Sam that he is the creator of the online matchmaking service Society Setups. Spinelli told Sam that Society Setups could potentially destroy his life. Sam intends helping Spinelli to get out of the precarious position that he is in.

Spinelli told Sam that he had created a program that could hack into the personal and professional information on people that had not signed up for Society Setups. Sam was shocked that Spinelli had created a program that could spy on many people to set them up on dates. Sam knows that Spinelli could get into legal trouble because of Society Setups. Sam wants to find a way to keep Spinelli from going to jail.

Sam may find that Dr. Britt Westbourne (Kelly Thiebaud) could become a problem to Spinelli. Britt had gotten a subscription for Society Setups from her mother Dr. Liesl Obrecht (Kathleen Gati). Liesl had wanted Britt to get over her heartbreak from losing Jason Morgan (Steve Burton). Britt had been trying to give Society Setups a chance but was having trouble finding a good match. Spinelli had been hoping that Society Setups could find Britt a new love. Spinelli knew that Cody Bell (Josh Kelly) was interested in Britt.

Cody had found out the truth about Spinelli being the creator of Society Setups. Cody used the information to blackmail Spinelli into using the service to match him with Britt. Cody has been getting close to Britt because she believes that Society Setups matched her with him. Spinelli has been concerned about Britt getting involved with Cody. Spinelli tried to keep Cody away from Britt.

Sam may be able to get Cody to leave Spinelli alone because of his friendship with Dante. Will Sam threatened to expose Cody’s activities to Dante in order to keep him from causing trouble for Spinelli? Sam may believe that Spinelli needs to keep the secret about the way that Britt was matched with Cody. Will Sam be able to help Spinelli keep the truth from Britt? Be sure to catch up on everything happening with GH right now. Come back here often for General Hospital spoilers, news, and updates.