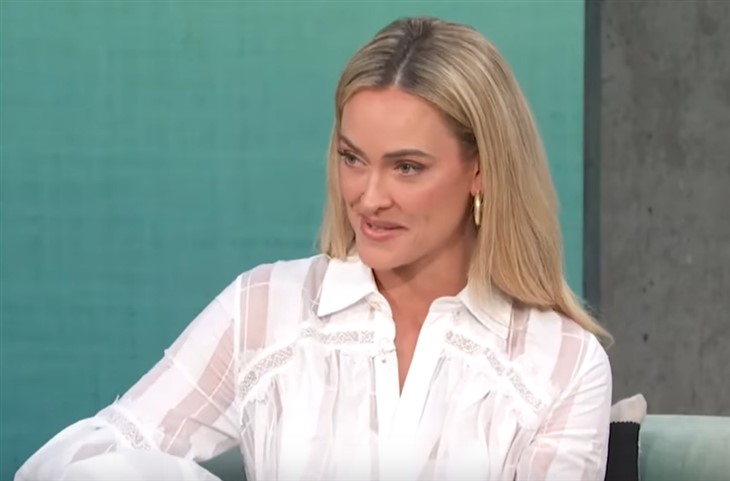 Dancing With The Stars (DWTS) pro-dancer, Peta Murgatroyd had a disappointing season this year. Eliminated on the very first night, she and her partner, Jason Lewis dropped out of the completion. While she’s still around on the periphery of things, she obviously felt blue about their result. Talking about that, did she diss Tyra Banks? Read on to find out.

Peta admits that she and Jason made a lot of mistakes on their opening night. So, she doesn’t feel that the judges made a poor decision. Actually, the following week, second to leave, Teresa Giudice claimed that Len Goodman didn’t like her. Well, as a pro-dancer, Peta is used to eliminations, but that doesn’t make them easier to live with.

Dancing With The Stars fans know that things have not been easy for Peta as she struggles with fertility issues. In 2020, after her elimination, she said that she felt some relief. That came because she and Maksim Chmerkovskiy try very hard to have another baby. Well, her disappointing outcome made her decide to dance again this year in the Disney+ edition.

Recently, Peta chatted with The Sun and she talked about how it feels to get eliminated: especially so early in the completion. Nutshelling, it, she said, “It really sucked.” Additionally, she felt a bit of surprise that they were out of the show as early as they were. However, the competition is tough, and they didn’t perform at the best level on the first night. Next, she talked about Alfonso Ribeiro.

Dancing With The Stars fans were happy to hear that Alfonso Ribeiro came into the show and co-hosts alongside Tyra Banks. Speaking about him, Peta was very complimentary. She said that it’s not easy to “replace” Tom Bergeron. Next, she talked about his “honesty” and the lack of “fakeness” in him. Praising him further, she added, “Everything is not surface level. It’s straightforward with him.”

Dancing With The Stars – Dissing Tyra Banks By Omission?

Dancing With The Stars pro-dancer, Peta Murgatroyd didn’t mention Tyra Banks in her conversation with the outlet. However, she did say, “Alfonso Is the only person who can replace him, truly.”

The fact that she said that, and she never mentioned Tyra could be a way of dissing Tyra without actually saying anything about her at all. What do you think? Shout out in the comments below.

Be sure to catch up on everything happening with DWTS right now. Come back here often for more Dancing with the Stars Seaosn 31 spoilers, news, and updates.