The Bold And The Beautiful Spoilers: Ridge’s Latest Impulsive Decision Could Backfire – Taylor Temporarily Number One 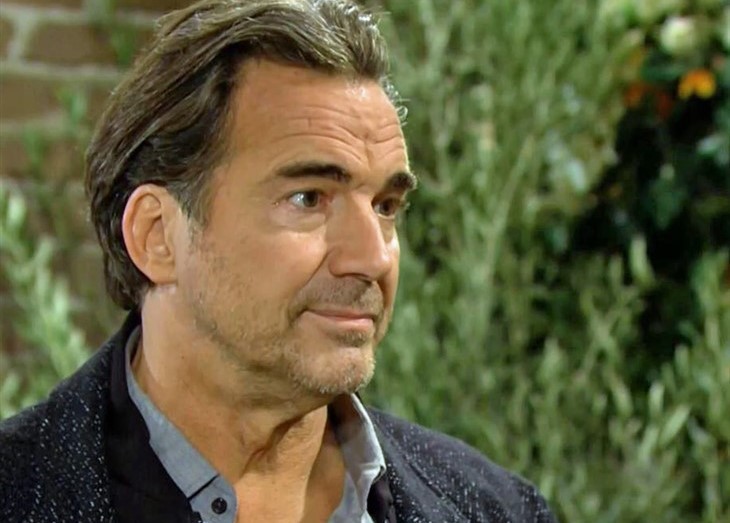 The Bold and the Beautiful spoilers document that Ridge Forrester (Thorsten Kaye) decided that enough was enough. He could not stand any more of Brooke Logan Forrester’s (Katherine Kelly Lang) nonsense.

But Ridge did not have the guts to confront her with what he thinks is the truth. Viewers know Kaye’s character can not question Brooke about the Child Services report at this point in the plot because it could derail it.

Fans were asked to suspend disbelief and buy Ridge not calling Brooke out when he has so many times before. B&B devotees were also asked to accept what Taylor Hayes (Krista Allen) is being led to believe.

The Bold And The Beautiful Spoilers: Katie And Carter’s Rekindled Romance, Bill And Quinn Left Out

The Bold And The Beautiful Spoilers – Taylor Hayes Runs Away

A comical series of scenes ensued when Ridge trailed Taylor to Aspen, Colorado. She went there with their daughter, Steffy Forrester Finnegan (Jacqueline MacInnes Wood), to get away from Ridge. Then, he shows up in the woods and calls out to the supposed renewed love of his life.

Allen’s brisk trek through woodsy scenery was outstanding. It provided some needed laughs during this upsetting period since Taylor returned from her missionary work in Africa. But Allen’s character did not initially find Ridge’s arrival romantic or funny.

Taylor is tired of riding Ridge’s soapy roller coaster. She can not take his indecision and tugs at her heart while still wearing a wedding ring that syncs him to Brooke.

If Bill had not arrived, Brooke would not have known where Ridge was for a while longer. But Bill’s appearance and Donna Logan’s (Jennifer Gareis) phone call let Brooke know that Ridge was in pursuit of Taylor.

The dilemma Brooke faces is that she is not up to speed on the frame the yet-to-be-revealed character has placed around her neck. Ridge is convinced Brooke lied to him about reporting Thomas Forrester (Matthew Atkinson) to the authorities. With that passionate belief, Ridge decided he is done with his wife and wanted Taylor back.

The Bold And The Beautiful Spoilers – Ridge Forrester Alienates Both Ladies?

So, Ridge convinced Taylor that he is leaving Brooke for her. Taylor was swept up, Monaco style, choosing to believe that this time will be different.

Unless the framer reveals himself (Thomas) or herself (Steffy or possibly, Sheila Carter, Kimberlin Brown), Brooke has no seeming solution to this vexing problem. Her marriage will end, and Taylor will take her spot as Ridge’s number-one lady.

But the truth must come out. When it does Brooke will either forgive Ridge or tell him to get lost. As for Taylor, she is his second choice, even though Ridge did not admit it. So, her instinct will be proven right. Then what?