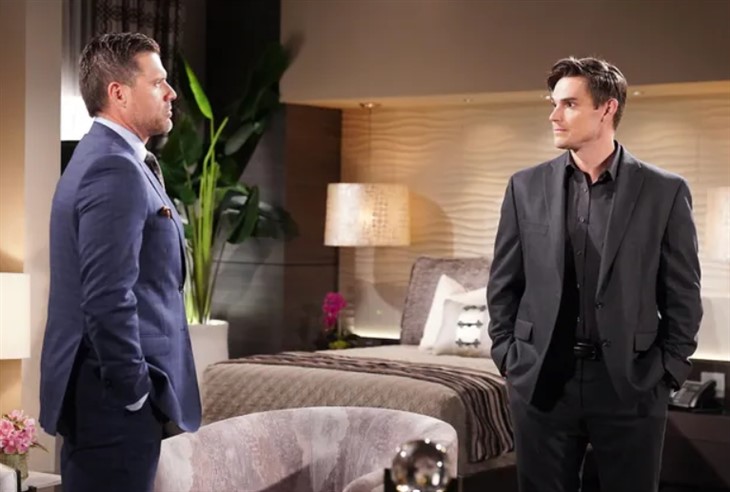 The Young and the Restless spoilers document that Adam Newman (Mark Grossman) is not over Sally Spectra (Courtney Hope). Who she chooses to either remain with or return to is one of the current questions on Y&R.

Adam surprisingly acknowledged that his older brother, Nick Newman (Joshua Morrow), has established a connection with Sally. Adam’s request, made at Crimson Lights, was for Nick to back off and give him a chance.

Nick adhered to Adam’s ask, telling Sally that they could part if she wanted to. Sally said no, which winks at a coming battle.

The Young And The Restless Spoilers – Nick Newman Shifts Focus

Nick was all about involving himself in Newman family matters. That was strange because he wanted to stay out of them and Newman Enterprises for years.

With the above storyline resolved and all legal angles covered, Nick also agreed to become a main player at the family business. That element of his life put him within Sally’s proximity which was a skillful way for the writing staff to create a believable spark between Morrow and Hope’s characters.

It did not take Sally long to ingratiate herself into Genoa City, Wisconsin’s upper echelon. Many have done the same in GC’s days gone by to varying degrees of success and longevity.

Sally wants to pair with a guy who provides access to the good life. Social climbing is alive and well in her mind and actions.

Jack Abbott (Peter Bergman) was her first target. But her correctly identified Sally’s insecurity and the potential for her to cause mayhem in his personal life. So, it was onto Adam, who treated her coldly, and then Nick came next.

Is Adam in love with Sally? He thinks so, and with that no one, including Sally, will be able to push him off an obsessive play for her.

Nick’s involvement with Sally adds the type of conflict that Adam relishes. But Nick is a solid competitor and may have captured a larger portion of Sally’s heart than Adam retains.

The Newman brothers know Sally will decide who gets shutout. Adam and Nick will do everything possible to gain an advantage this fall on Y&R.