Days Of Our Lives Spoilers- Chad And Stephanie Take On Sloan, Can They Get Through To Her? 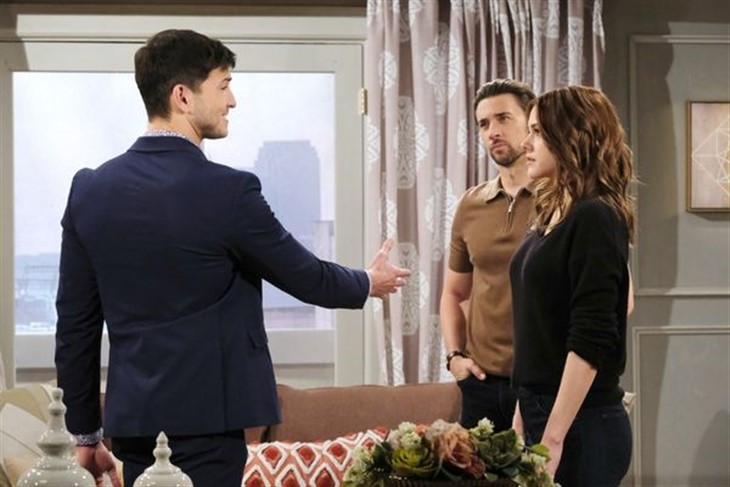 Days of Our Lives spoilers tease that Sloan Peterson (Jessica Sefraty) has pretty much given Salem residents the impression that she is nothing more than an ambulance chaser. She was Leo Stark’s (Greg Rikaart) defense attorney because even though Leo didn’t have a retainer, his case would generate headlines and get Sloan’s name in the papers. More recently, she has accepted an assignment from a mystery person to extort money from Paulina Price (Jackee Harry).

Sloan’s mystery client has requested that Sloan become a mediator between him/her and Paulina. This mysterious person knows something about Chanel Dupris’ (Raven Bowens) that is apparently damning enough that Paulina is considering backing out of the election. She has no intention to pay Sloan’s mystery client, so even if Paulina does back out of the election, Sloan’s client may decide to get back at Paulina and reveal the secret anyway.

Days Of Our Lives Spoilers: Stephanie Pushes Chad Away!

Paulina has hired Stephanie Johnson (Abigail Klein) to handle all the P.R. for the campaign, so Paulina has confided in Stephanie as well as Chad DiMera (Billy Flynn) to handle the situation. Although Sloan isn’t technically their adversary, Chad and Stephanie will decide that she might be the key to handling the issue once and for all. Sloan is motivated mostly by money, so Chad will suggest that they offer Sloan a better deal. It might very well work but stopping Sloan won’t stop the mystery blackmailer. They will either choose a new mediator or make themselves known.

Days Of Our Lives Spoilers – Can Sloan Reveal The Identity Of The Blackmailer?

While a hefty payout might give Sloan the incentive to back off, Abigail and Chad will wonder if she knows the identity of her client. Sloan will likely deny it. Insisting that her mystery boss never met with her in person. Chad and Stephanie will grill a reluctant Sloan, but once Sloan does reveal all she knows, perhaps she will give the duo enough information to locate the blackmailer and find a way to silence them,