The Young And The Restless Spoilers: Nate’s Moment Of Truth, Elena Remains Firm 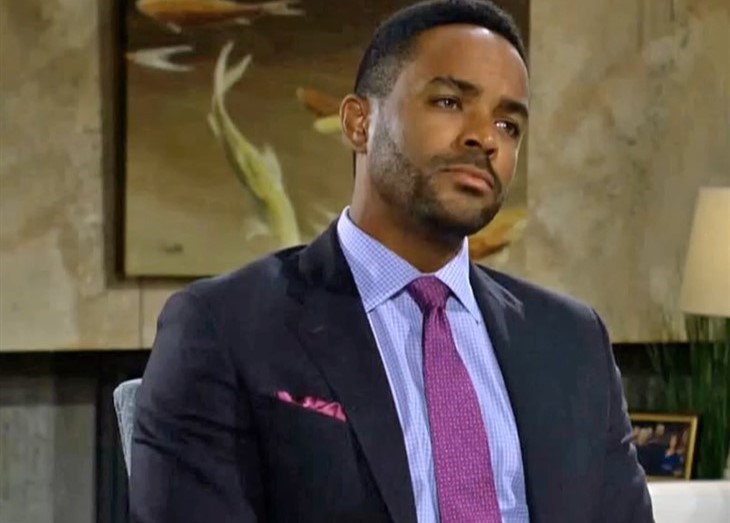 The Young and the Restless (Y&R) spoilers and updates tease Dr. Nate Hastings (Sean Dominic) needs to make the right choice for his future. Nate has been working with Victoria Newman (Amelia Heinle) to take over Chancellor-Winters. Nate has been having trouble with his relationship with his girlfriend Dr. Elena Dawson (Brytini Sarpy) because she believes that Nate is going to lose everything. Nate does not want to lose Elena but he wants to pursue his ambitions.

The Young And The Restless Spoilers – Dr. Nate Hastings Should Stay Loyal To Devon Hamilton And Lily Winters

Nate has turned to Elena for her help to deal with the problems he has experienced at Chancellor-Winters. Nate has been having trouble finding common ground with Devon Hamilton (Bryton James). Nate has wanted to take chances that Devon has not been comfortable taking. Nate decided that he needed to get along with Devon to help with his plans for Chancellor-Winters.

Nate has found that he has gotten support from Lily Winters (Christel Khalil), Billy Abbott (Jason Thompson), and Jill Abbott (Jess Walton) for his riskier projects. Nate has been grateful for their support. Lily wants to take Chancellor-Winters public and has hired Audra Charles (Zuleyka Silver) to help with establishing the company’s IPO.

Nate has been planning to use the IPO launch to take control of Chancellor-Winters. Nate knows that Elena has been upset that he is going to betray Devon and Lily. Elena has wanted Nate to give up his plan in order to hold onto his relationships with Devon and Lily.

Y&R Spoilers – Dr. Nate Hastings Needs To Be On Guard With Victoria Newman

Nate knows that Elena does not trust Victoria. Elena is concerned that Victoria will turn on Nate. Elena knows that Victoria is fiercely loyal to her family. Elena has told Nate that the Newman family takes care of their own interests.

The Young And The Restless Spoilers – Dr. Nate Hastings Makes A Choice That Will Impact His Relationship With Dr. Elena Dawson

The Young and the Restless Nate wants to hold onto his relationship with Elena. Nate knows that Elena wants the best for him. Elena does not want to leave Nate but she wants him to make the right choice. Will Nate decide that he will give up his pursuit of having power to keep his relationship with Elena? Nate may find that he cannot change his plans with Victoria. Will Nate find that he will not be able to end his alliance with Victoria?

Will Nate be able to get Elena to help him to hold onto his relationships with Devon and Lily? Elena will have to make a difficult choice about her relationship with Nate. Will Elena decide to stay with Nate or will she leave him? Be sure to catch up on everything happening with Y&R right now. Come back here often for The Young and the Restless spoilers, news, and updates.