The Bold And The Beautiful Spoilers: Was Thomas Justified In Framing Brooke? 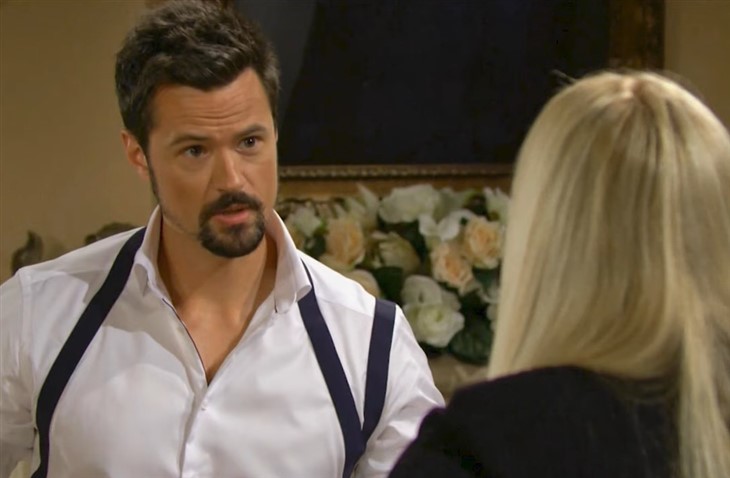 The Bold and the Beautiful spoilers document that Thomas Forrester (Matthew Atkinson) showed the audience how he framed Brooke Logan Forrester (Katherine Kelly Lang). He sported no remorse, feeling that his actions have finally pushed what he and his sister, Steffy Forrester Finnegan (Jacqueline MacInnes Wood), see as a negative force in their father’s life.

Thomas believes that he is justified. Steffy would likely concur if she ever learns what happened.

Brooke remains intentionally in the dark. So, fans are wondering when or if she will be enlightened?

Not all misdeeds are revealed in the soap world. Devoted viewers know that Ridge Forrester (Thorsten Kaye) knows that Thomas tailgated that poor soul, Emma Barber (Nia Sioux), off Mulholland Drive to her death in the recent past.

When pressed, Thomas admitted tailgating Emma but falsely claimed he was not trying to do so. He also lied about not being able to save her. Viewers recall that he smiled after stopping his car, getting out, and peering down the side of the road at Emma’s crashed vehicle.

Thomas did not attempt to check on Emma, who was likely already dead. But he also did not seek help which was the clincher of his intended action.

Thomas and Steffy have long argued that Brooke stole their father from Taylor Hayes (Krista Allen). But that is arguably, if not actually, untrue.

Ridge has free will. He fell in love with Brooke in 1987, when B&B debuted.

Thomas and Steffy do not harp on the other women stealing Ridge from their mother or causing him to be split from Taylor.

The Bold And The Beautiful Spoilers – Thomas Forrester Rigs The Game

Ridge would have never asked Thomas to use the voice application to sample Brooke’s voice and digitally manipulate it when making a fake report to Child Services. That alone makes Thomas’ actions wrong.

But what Thomas did is also criminal. He impersonated Brooke to report himself for child endangerment. That caused the Los Angeles County government to investigate the call, believing it to be legitimate.

Thomas believed he needed to play games because he thinks that is what Brooke did to connect and reconnect with Ridge many times through the decades. The only person who believes Thomas was justified in framing Brooke is Thomas.