The Young And The Restless Spoilers: Audra And Allie’s Rivalry Heats Up, Noah In The Middle 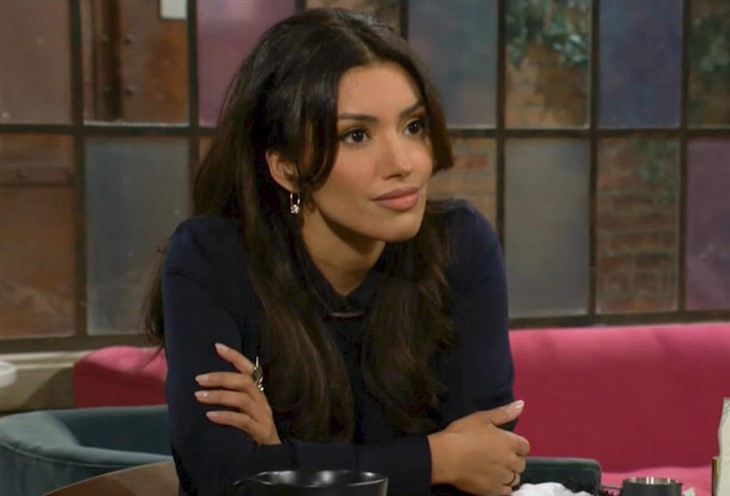 The Young and the Restless (Y&R) spoilers and updates tease Noah Newman (Rory Gibson) faces romantic complications. Noah is in a relationship with Allie Nguyen (Kelsey Wang). Noah was stunned when his past love Audra Charles (Zuleyka Silver) came to the opening of his nightclub. Noah is concerned that Audra will try to cause trouble for him and Allie.

Allie is concerned about Audra. Allie believes that Audra could be planning on trying to get Noah back. Allie had an encounter with Audra at Crimson Lights. Allie felt that Audra wanted to know more about her relationship with Noah. Allie made it clear to Audra that she and Noah were happy together. Allie went to tell Noah about her encounter with Audra.

Noah was with his sister Mariah Copeland (Camryn Grimes) and her wife Tessa Porter (Cait Fairbanks). Mariah and Tessa believe that Allie is the right match for Noah. Tessa and Mariah intend on helping Allie to deal with Audra. Allie has assured Mariah and Tessa that she does not need their help. Allie is determined to keep Audra from finding a way to take Noah away from her.

The Young And The Restless Spoilers: Nate’s Moment Of Truth, Elena Remains Firm

Audra has come to Genoa City to help Lily Winters (Christel Khalil) and Devon Hamilton (Bryton James) to launch the IPO for their company Chancellor-Winters. Audra is secretly working with Tucker McCall (Trevor St. John) who has his own clandestine plans. Audra was delighted to find out that Noah was in Genoa City. Audra has found out that Noah is involved with Allie. Audra has told Allie that she does not want to be with Noah.

Audra wanted to make Allie uncomfortable and started to talk about her relationship with Noah. Audra may want to find a way to rekindle her romance with Noah. Audra may need to consider her alliance with Tucker before she tries to take Noah away from Allie. Allie is working with Ashley Abbott (Eileen Davidson) at Jabot. Tucker is interested in finding a way to get Ashley back in his life. Audra may need to be careful going after Allie because Allie is Ashley’s niece. Audra may decide to risk making Tucker angry to get Noah back in her life.

The Young and the Restless Noah intends on staying with Allie. Noah is happy that he has a loving and stable relationship with Allie. Noah has told Allie that she does not need to worry about Audra. Will Noah be able to assure Allie that he does not want to be with Audra? Noah does not want to go back to the complex relationship that he had with Audra. Can Noah find a way to stay away from Audra? Allie and Audra may become bitter rivals for Noah’s love. Will Allie and Audra fight to have a future with Noah? Be sure to catch up on everything happening with Y&R right now. Come back here often for The Young and the Restless spoilers, news, and updates.