The Young And The Restless Spoilers: Christine Has Good Baby News For ‘Teriah’ 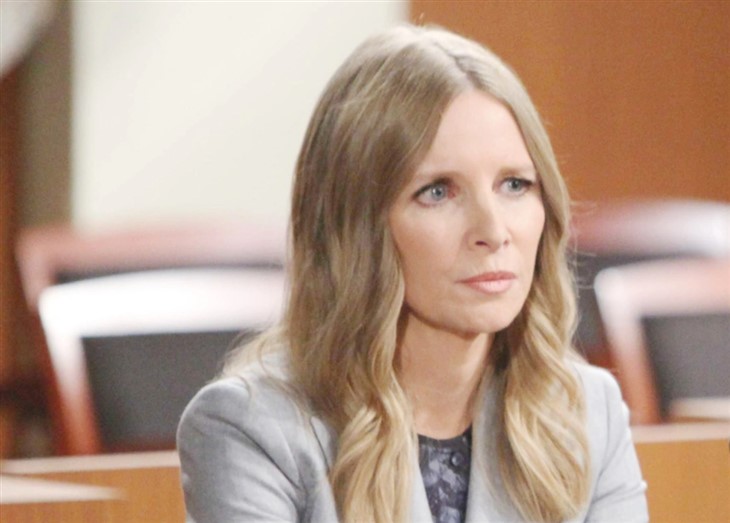 The Young and The Restless spoilers and updates tease in this week’s Soap Opera Digest that Christine Williams (Lauralee Bell) has some good baby news. She calls Mariah Copeland (Camryn Grimes) and Tessa Porter (Cait Fairbanks) over to the coffeehouse about their adoption efforts.

The Young And The Restless Spoilers – Discouragement

After their first meeting with an adoption attorney, Mariah and Tessa were very discouraged about their ever being able to adopt a baby. Neither one is prepared to do a surrogacy, Mariah because it’s too soon and Tessa just had a vocal cord operation recently. They were ready to have a baby and decided on adoption but then their hopes were dashed by the negativity of that first lawyer.

The Young And The Restless Spoilers: Audra And Allie’s Rivalry Heats Up, Noah In The Middle

So they went to Christine to talk about their dilemma, and she had promised to look into it and help if she could. Christine understood and had empathy, never having a surviving baby of her own.

Christine has come across a case where a currently expectant young woman may want to give up her baby for adoption. This potentially is great news although Mariah prefers not to get too excited or get her hopes up since it’s not a sure thing. The mother wants to get to know Mariah and Tessa first, and asks if they are okay with that approach. They are okay with it, but it does come with risks, as Mariah knows; as surrogate for Abby Newman-Chancellor (Melissa Ordway) she had a difficult time giving up the baby. The mother could decide she wants her baby back at some point or change her mind at the birth.

The Young And The Restless Spoilers – It’s Worth A Chance

At this point, however, this young mother is the best chance that Mariah and Tessa have of a viable adoption, and they decide it’s worth taking. Mariah is even willing to share her surrogacy experience with her, and make sure she knows what’s ahead with such a decision. They don’t know all of the young mother’s circumstances yet, whether this is a woman who cannot afford to raise her child or if it’s a teen.

The woman could even have conceived through a horrible experience such as a rape but decided the child shouldn’t pay for the crime and chose not to terminate. All getting to know each other is a good option because that way she will know the baby will be cared for and loved.