The Young And The Restless Spoilers: Sally Finished With Adam Forever? – Nick Is The Fix 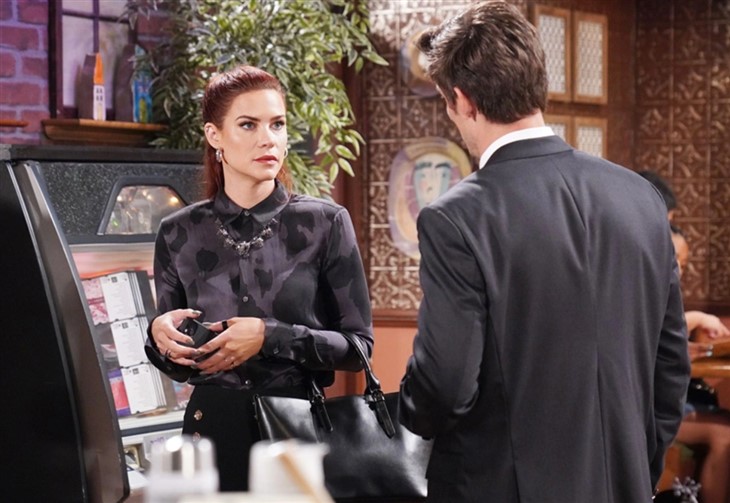 The Young and the Restless spoilers document that Sally Spectra (Courtney Hope) made a decision. Adam Newman (Mark Grossman) was out of her life. That also meant his older brother, Nick Newman (Joshua Morrow), was in.

Adam attempted an unusual approach, especially for him. Recognizing that Nick has formed a bond with Sally, she asked her new significant other to back off.

To his credit, Nick did ask Sally if she had remnant feelings for Adam and wanted to return to him. Sally rejected that offer and is teased to tell Adam to back off.

Nick has reached an intriguing point in his relationship with Adam. They have formed a certain level of trust, with the brothers confiding certain pieces of information that surpass shared squabbles with Victor Newman (Eric Braeden).

The Young And The Restless Spoilers: Noah Thrown By Audra’s Duplicity – Elena Can Not Support Nate

But the years of distrust between Adam and Nick have hardly been quashed. While Nick’s view of Adam changed after the kidney donation to Faith Newman (Reylynn Caster), subsequent events reinforced a measured approach.

Having someone to love has rarely been a problem for Nick. Now, with Sally emerging as Nick’s newest love interest, conflict with Adam has renewed.

The Young And The Restless Spoilers – Sally Spectra Enjoys The Attention

Sally is a drama queen. That is one of the reasons she and Adam clicked because he is a drama king.

There is no doubt that Sally loves that the chase has reversed, with Adam now desperately pursuing her. She also appreciates Nick being overcome by her high appeal.

Nick seems like the better option at the moment. But viewers recall how he coldly dropped Phyllis Summers (Michelle Stafford) months ago for no good reason. So, Sally’s connection with Nick could prove short-lived.

Adam knows Nick’s history with women, especially those who have been connected to both brothers. Hello, Sharon Rosales (Sharon Case) and Chelsea Lawson (Melissa Claire Egan), in particular.

If Sally tells Adam to get lost, the chase will reverse. He will not like being brushed off and could make a connection with some other woman. Audra Charles (Zuleyka Silver) could be a personality type match and has a past connection with the Newmans.

If Sally and Nick eventually flop, she will need to pursue Adam in a future plot. That long game may play to Adam’s advantage on Y&R.