The Young and the Restless Spoilers: Summer’s Meaningful Exchanges, Sally And Kyle Get the Picture 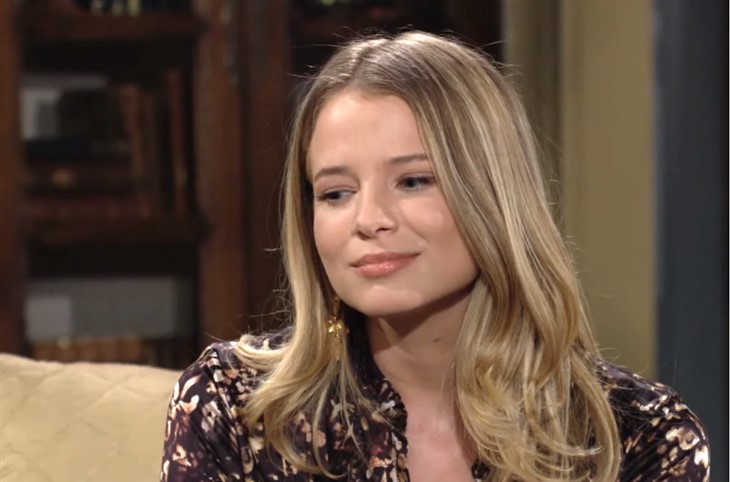 The Young and the Restless (Y&R) spoilers and updates tease Summer Newman Abbott (Allison Lanier) needs to make a point. Summer has been able to renew her vows to her husband Kyle Abbott (Michael Mealor). Summer is going to find out that her father Nick Newman (Joshua Morrow) is in a relationship with Sally Spectra (Courtney Hope). Summer is going to want to express her feelings to Sally and Kyle.

Summer is going to be shocked to find out that Nick and Sally have been dating. Summer and Sally have a troubled past. Sally conspired with Tara Locke (Elizabeth Leiner) to take Summer’s job at Jabot. Sally had found a way for Summer to get her dream job at Marchetti but Summer would need to move to Milan, Italy. Summer decided to take the job at Marchetti but she was angry that Sally had plotted against her.

Summer is looking forward to being able to spend time with Kyle. Summer and Kyle have been working to make Marchetti a success. Summer and Kyle needed to help Kyle’s son Harrison Locke (Kellen Enriquez) to deal with the loss of his adopted father Ashland Locke (Robert Newman).

Summer has been trying to get her mother Phyllis Summers (Michelle Stafford) to find common ground with Kyle’s mother Diane Jenkins (Susan Walters). Summer was excited when Kyle told her that he wanted to renew their vows with their families in Genoa City. Summer wants to show Kyle that she loves him. Summer hopes that she and Kyle will have a passionate honeymoon.

Summer plans to have a bright future with Kyle. Summer knows that she and Kyle will have many challenges to deal with down the road. Will Summer be able to have the life that she wants to have with Kyle? Be sure to catch up on everything happening with Y&R right now. Come back here often for The Young and the Restless spoilers, news, and updates.