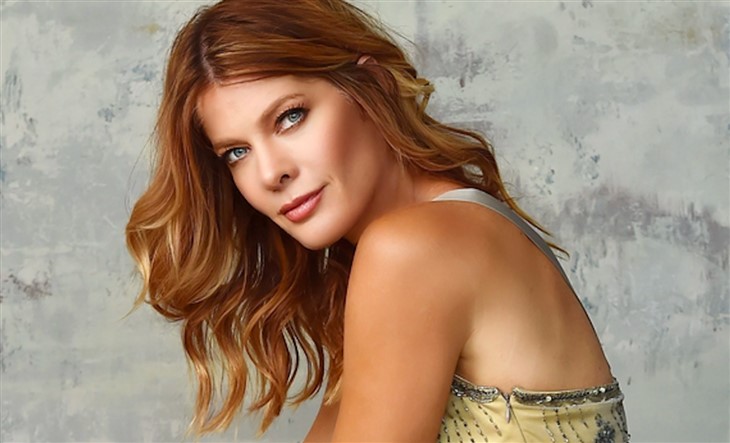 Young & Restless spoilers, news, and updates tease that Michelle Stafford has shared behind-the-scenes photos for an upcoming episode in November. The actress shared a snap of her and his on-screen TV son, Michael Graziadei, who plays the role of Daniel.

“Also, Watch our Thanksgiving show and you’ll understand the rest of the pictures here,” she continued.

The actress didn’t reveal anything else so fans will just have to wait until November.

The Young and the Restless Spoilers: Summer’s Meaningful Exchanges, Sally And Kyle Get the Picture

Jack Abbott (Peter Bergman) will do his best to protect Ashley Abbott (Eileen Davidson). He’ll ask Tucker directly if he was aware that Diane Jenkins (Susan Walters) was alive in Los Angeles and if they kept in touch.

Tucker will refuse to answer the questions directly, which will leave Jack even more suspicious. So, he’ll turn to Diane and press for answers. The latter will take offense and lie that she never saw Tucker after her “death.” She’ll insist that it’s the truth and will manage to convince Jack, at least for now.

Later on, Diane reaches out to Tucker to tell him that she’ll stay away from him from now on. But Tucker will remind her that it’s not her decision to make. Diane failed to keep her promise to update Tucker when Ashley returns home.

Tucker will vow to get back at Diane for failing to keep her end of the bargain. He won’t let her get off the hook that easily. Does Tucker have any other plans for Diane? Will Jack find out the truth about her connection with Tucker?

As for Jack, he’ll tell Traci Abbott (Beth Maitland) that Diane denied any connection with Tucker. She’ll tell Jack that the truth always comes out in the end so he just needs to be careful and wait.

Tucker heads back to his suite after receiving a text from Audra Charles (Zuleyka Silver). The latter will inform him about the latest update at Chancellor-Winters. Since Devon Hamilton (Bryton James) thinks that he’s going after the company, Tucker will start to question Audra’s loyalty. But she’ll assure him that she’s on his side.

Tucker thinks Victoria Newman (Amelia Heinle) will take over the company and he’s now starting to wonder if she’s as good as his father.