The Young And The Restless Spoilers: Victoria’s New Hire Reveals Secret? – Nate Lands On His Feet 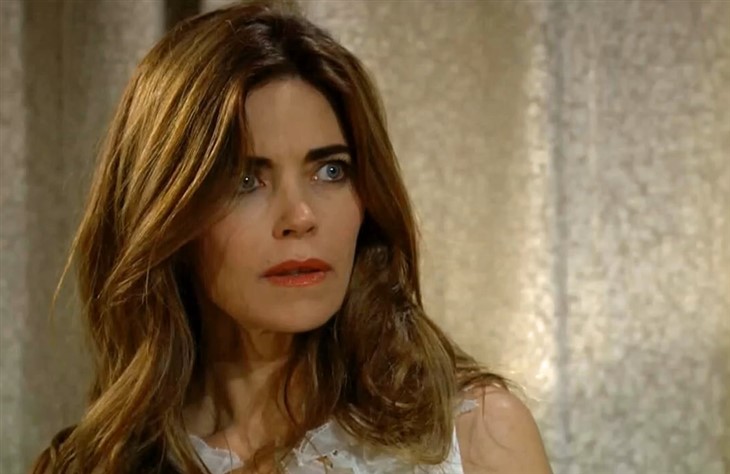 The Young and the Restless spoilers document that Victoria Newman (Amelia Heinle) wanted to take control of Chancellor-Winters by secretly working with Nate Hastings (Sean Dominic). That plan failed when he told his cousins about his duplicity. But he protected his slimy source, which was clever.

Nate’s disloyalty to CW and his family was countered by his purposeful protection of Victoria and Newman Enterprises. That decision is set to earn him a job that would let Lily Winters (Christel Khalil) and Devon Hamilton (Bryton James) know who Nate’s concealed Chief Executive Officer is on Y&R.

The Young And The Restless Spoilers – Implied Connections Are Often Made

Devoted fans know there are many instances where the players in Genoa City, Wisconsin, have taken exact leaps of logic and connected plot points that seemed unknowable. But the plot needs to be pushed at times. This instance is not one of them.

The Young And The Restless Spoilers: Ashley Plays The Game – Nate Goes For the Save

Lily and Devon are sharp. Either or both CW heads can not possibly miss the rapid hire Victoria makes without also knowing that she and Nate were in cahoots.

Plus, Nate has a history of working for the Newmans. He became the family’s concierge doctor upon returning to GC. The late Neil Winters (Kristoff St. John) established that connection.

As her father would have done, Victoria pivoted quickly after being informed that the initial public offering was not happening. Possibly, Newman Enterprises can still move ahead eventually. But for the moment, that conglomerate’s fingers will not grasp CW.

Nate is someone who Victoria is fond of, which winks at the potential of a romantic connection. Elena Dawson’s (Brytni Sarpy) interview in Baltimore, Maryland, creates a temporary absence and potentially, her departure.

Victoria likes Nate’s aggressive nature and sees potential in him that Devon found reckless. Whether she creates a new position for him or has him take over for Sally Spectra (Courtney Hope) remains to be seen.

Nate was convinced that the efforts he was making would be best for CW and his cousins. That outlook reaffirms that he is naive where business is concerned.

No corporate heads want a top executive who thinks slicing them and destabilizing a company is worthwhile. Nate is developing a reputation as a mercenary. So, it makes sense that sharks like Victoria and Victor Newman (Eric Braeden) would endorse him.

Elena told Nate something important. He rejected her suggestion that Victoria could cast him aside after his usefulness dissipated.

Nate landed on his feet for now. But whether he can retain stability will soon be seen on Y&R.