General Hospital Spoilers: Carly And Drew Got Playful On The Beach — But It Won’t Last 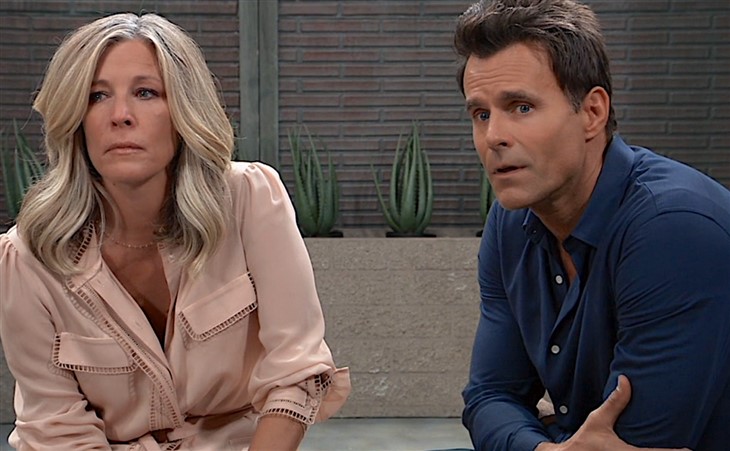 General Hospital spoilers and updates reveals Carly Corinthos (Laura Wright) thought she went to Florida by mistake on an unexpected detour that turned into a weeks-long layover. But when her dear friend, Drew Cain (Cameron Mathison), showed up to keep her company, she knew she could settle in for a bit and that life would be waiting for her when she got back to Port Charles.

The time Carly invested in combating the Jacksonville Beautification Guild’s plans to build a parkway over her adoptive mother’s gravesite feels a bit lost now that she knows she didn’t champion her cause.

As Carly prepares to make arrangements for Virginia Benson’s (Lois Nettleton) remains to be moved, she might even consider having them carted up the coast to Port Charles and buried beside Morgan Corinthos (Bryan Craig), so she can visit them both often. What’s waiting for Carly in that cemetery — and what’s not — will send shockwaves through Carly that are greater than any apology she received from Peyton Honeycutt (Linda Purl).

General Hospital Spoilers: Carly Catches Up With Bobbie, Her Gut Nags At Her To Share Willow’s Birth Mom Secret

Before things get too serious, Drew helps Carly decompress at the beach. Playing in the sand and flirting will help her let go of the pain she’s feeling about losing her case against the Guild. She might talk to Drew about her engagement with Peyton, but it’s not something they’ll harp on while they are enjoying each other’s company. The whole trip in Florida has been a surreal break from reality though, and it’s about to come knocking.

As Drew and Carly plan an exit from Jacksonville and start to explore what their newfound relationship will look like back in Port Charles — and under the microscope of everyone else living there — they’re going to discover loving each other is harder when everyone else has an opinion. Further, life in Florida seemed to exist in a bubble, where the only people who existed were Carly, Drew, and the Guild.

Carly may have confronted the demons she left behind in Florida, but the ones she put on ice in New York have only worsened. As she grows closer to Drew, it will become harder to keep the truth from him about Nina Reeves (Cynthia Watros) being Willow Tait’s (Katelyn MacMullen) real mother. How is Carly going to manage keeping this secret without letting it tear her and Drew apart? Stay tuned for more GH news and spoilers up ahead.