The Bold And The Beautiful Spoilers: Brooke Set Herself Up – Carter’s Unlucky Streak Continues? 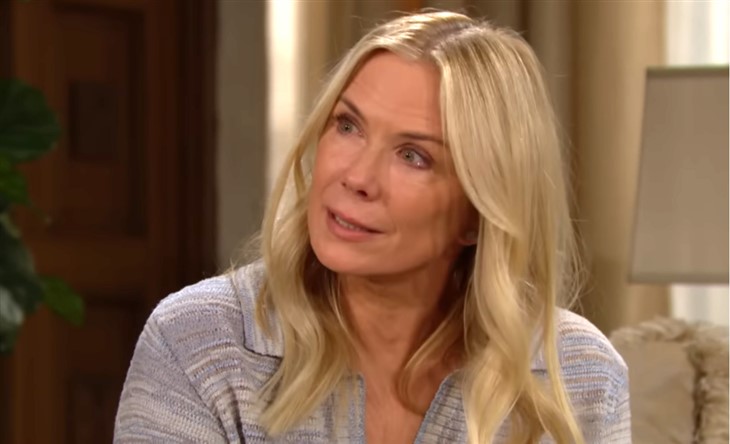 The Bold and the Beautiful spoilers document that Brooke Logan Forrester (Katherine Kelly Lang) was targeted for takedown by Thomas Forrester (Matthew Atkinson). She lost her marriage to Ridge Forrester (Thorsten Kaye) because he accepted the fake evidence Thomas created against her.

However, devoted fans know that Brooke set herself up, to a degree, by offering far too many opinions about Ridge’s family, specifically including Thomas, in recent years. Thomas’ mental health problems make Brooke leery, and she had every right to be.

Now, with the latest edition of Brooke and Ridge seemingly over, Lang’s character has no way of proving her innocence. Her brash reputation, earned by calling out Thomas and others, has worked against her.

The Bold And The Beautiful Spoilers: Shauna Is Back On The Scene But Where Is Quinn?

If Brooke had not kissed Bill Spencer (Don Diamont) in the cabin, Shauna Fulton (Denise Richards) would not have been able to record that incident on her smartphone. Quinn Fuller (Rena Sofer) would not have had the ability to humiliate Brooke at the party she and Eric Forrester (John McCook) hosted.

But Brooke’s continuous lambasting of Quinn and Shauna’s desire to be with Ridge at that point in the plot meant that neither Fuller nor Richards’ characters were going to give Brooke any slack. Quite the opposite, they wanted to get her.

Thomas had not gone after Brooke in a while. But her overreaction to him cutting an apple and then threatening to call Child Services provoked Thomas’ mean reaction.

Ridge tried to come to terms with Brooke’s penchant for drama during the referenced sequence where he saw her kissing Bill. Ridge’s anger, combined with public humiliation, to create a rift.

The above incidents are two of the more recent. But there have been others that wore Ridge down. He was burned too often, which made him believe that Brooke would betray him by turning Thomas into the authorities on a child endangerment charge.

The Bold And The Beautiful Spoilers – Carter Walton Deserves Stability

Carter has been unlucky in love for many years. He recent pursuits led to an apparent soul mate. But Rena Sofer’s (Quinn Fuller) voluntary exit from the cast means Carter is alone again.

Katie’s availability and her talks with Carter earlier this year project Tom’s character as a next pairing option. They would make an intriguing coupling as both people are available and could share similar tales of romantic woe.

Hopefully Carter will realize a stable relationship that does not implode or result in his new love leaving Los Angeles, California, on B&B.