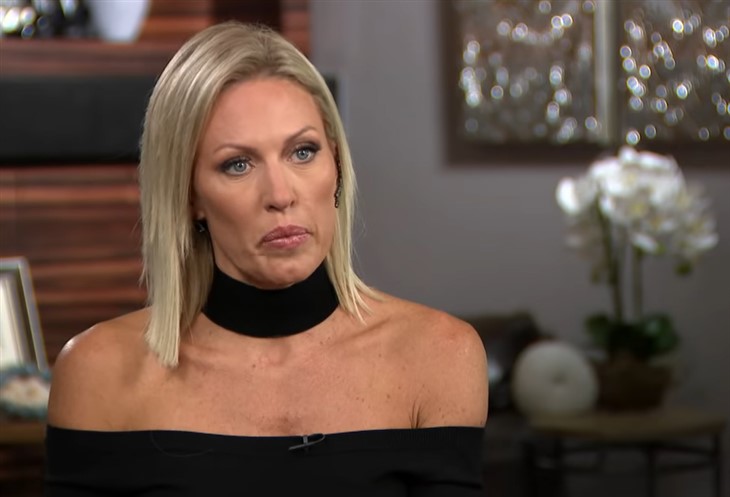 Real Housewives of Orange County (RHOC) alum Braunwyn Windham-Burke left the Bravo show after just two seasons, citing homophobic cast members as the reason. Actually, she was quite a controversial character, but few people were sad to see her depart after season 15. Now, the news arrived that she finally pulled the plug on her marriage to Sean Burke.

When fans met the mom of seven, they felt all excited for a number of reasons. Firstly, she has seven sweet kids. And,  fans fell in love with her name. However, she quickly got all the wrong sort of attention from fans. Mostly, they couldn’t get their heads around her open marriage. Additionally, she seemed way too candid about her intimate life. Furthermore, she came out as gay.

RHOC fans didn’t mind her being gay, but they didn’t approve of her cheating on Sean. Actually, folks grew concerned about the kids as well. At one stage, they accused her of just trying to get more attention to cement her place on the Bravo show. Well, the marriage is now over and no doubt, fans are not all that surprised.

The divorce news came via The Sun, and it’s clear that Braunwyn’s open marriage with Sean Burke finally got ditched. The outlet noted, “[she] filed for divorce from her husband of 23 years.” Sean might have been in an open marriage, but he seemed to draw the line at sharing his intimate with a self-confessed lesbian. So, they actually separated back in July last year.

RHOC fans might wonder who gets custody of all those kids. Well, from the beginning of their parting of ways, they talked about co-parenting the children. Actually, the kids might wish their mom would choose a partner and stick with them. Initially, she dated Kriss (no surname provided) but they broke up. Next, she was with Victoria Brito but that also ended. Then in July, she was apparently seen back with Kriss.

RHOC alum Braunwyn Windham-Burke apparently still hasn’t found what she’s looking for. Page Six reported in late August, that she started dating someone named Jennifer Spinner. Photos emerged on social media of them enjoying a vacation together in Puerto Rico. However, it might not last very long as her new love actually lives in Germany. Bear in mind, the former Bravo star struggled with distance with Victoria Brito, and she lived in the same country.

What are your thoughts about Sean Burke and his wife finally ending their marriage for good? Shout out in the comments below.

Be sure to catch up on everything happening with RHOC right now. Come back here often for more Real Housewives Of Orange County spoilers, news, and updates.