The Bold And The Beautiful Spoilers: Bill And Sheila On The Same Side – Deacon Has A Shot With Brooke? 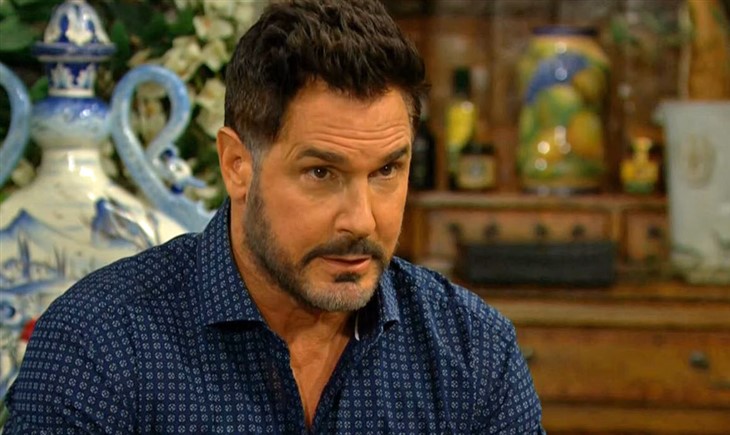 The Bold and the Beautiful spoilers document that Bill Spencer (Don Diamont) is in agreement with Sheila Carter (Kimberlin Brown). Dollar Bill does not know it because he believes Brown’s character is dead and gone.

Deacon Sharpe (Sean Kanan) never expected Bill to arrive at his stoop and pound his front door. That happened because Diamont’s character wanted to relay that the plot advanced.

Brooke Logan Forrester (Katherine Kelly Lang) is free from Ridge Forrester (Thorsten Kaye). Bill will be her fallback, not Deacon. But will that be how converging storylines play this fall?

The Bold And The Beautiful Spoilers: Brooke Set Herself Up – Carter’s Unlucky Streak Continues?

The Bold And The Beautiful Spoilers – Sheila Carter Hiding Out

Sheila told Deacon that she would abide by the rules he set. Her promise seemed like words because devoted fans know that Sheila plans to reconcile with her son.

However, Sheila did acknowledge that she does not want to return to prison. While she is using Deacon’s space as her sanctuary apartment, B&B’s all-time greatest villain recently left Il Giardino’s property on multiple occasions.

It appears that Sheila has just taken a break during this period where the fans have not seen her. But news about Brooke’s freedom jarred Sheila.

Bill was fronting his best bravado when warning Deacon. He was not offered a beer when Kanan’s character got one for himself during the unpleasant visit because these guys have never been, are not, and will not be friends.

Deacon knows Brooke in a way that Bill never has. Hope Spencer (Annika Noelle) represents a mountain Bill can not overcome. Brooke does have a soft spot for Deacon, as the New Year’s Eve event that Sheila engineered reinforced.

Bill is likely right. Brooke would probably choose him before Deacon, assuming she wants to make a choice between either. But Deacon was right as well. Brooke does not measure exactly as Bill believes.

Brooke banned Deacon from being at her home. But that edict was in force while Ridge was her husband. He does not want to be that now.

So, Deacon will surely feel compelled to console Brooke. He might have a chance to make inroads if it were not for Sheila’s return to and hold over Deacon’s life.

Sheila can not tolerate Deacon becoming involved with Brooke. That may prove dangerous for Brooke or potentially for Deacon as well.