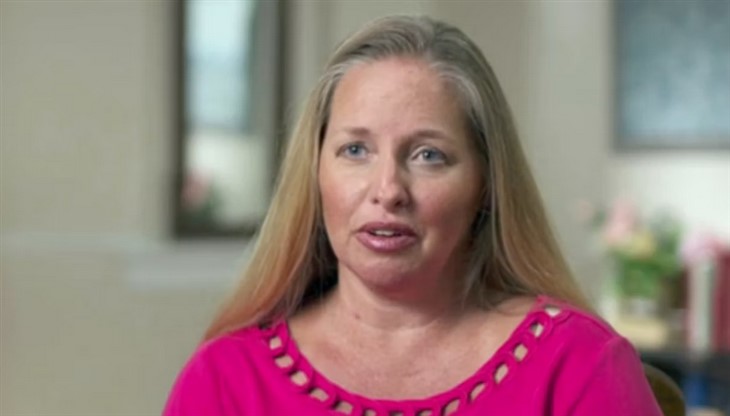 Welcome To Plathville star Kim Plath allegedly just proved that history really does repeat itself. She’s been arrested for DUI and other offenses. You might recall that she’s been in trouble with the law for alcohol in a vehicle in the past. What makes it even worse, is that she refused to ever let her kids drink alcohol. Also, not even sweet sodas could pass their lips at one stage.

TLC fans often think that Mariah is the rebel in the family. However, it turns out that she might be less of a rebel than her mom. When fans met the family, they saw that Kim and Barry were super-religious, strict, stern, and very concerned about moral living. Well, that all fell away and Kim upped and left Barry in the last season. Actually, nobody saw that coming, so it seemed all a bit shocking.

By Season 2, the Welcome To Plathville family had left the farm in Georgia and moved into town. Perhaps that helped Kim to try and get her long-lost youth back. TLC fans heard that she forbade alcohol because her mom had addiction issues. But a story emerged last year, that in her youth, Kim had been caught by the cops for having an open container of alcohol in a vehicle. Now, she’s been talking with the cops again and even had a mugshot taken.

InTouch Weekly broke the news about the arrest of Kim Plath. According to the outlet, there was a warrant out for her arrest and she turned herself in. The out explained, “The October 20 warrant arrest was in relation to the TLC star’s drunk driving incident on June 10.” Apparently, it was initially a lesser charge but was changed to DUI in September. Additionally, the original incident happened in “Wakulla County in Crawford, Florida.”

Plenty of news outlets picked up the story, and @realiteasquad shared the Welcome To Plathville news on Instagram. Shocked fans reacted in the comments. After all, Kim always came out against alcohol. Recall, she wouldn’t even let Olivia and Ethan Plath have alcohol at their wedding.

Welcome To Plathville fans took to the comments and reacted to the news about Kim Plath. One of them commented, “😗😗😗well well well.” Clearly, there are some folks who hate to see people who espouse to being good Christians, misbehaving.

As the original article also talked about damage to property, it’s no surprise that a lot of fans asked, “What???”

Meanwhile, other TLC fans could only say, “WOW 😮.” One person opined, “That came full circle fast.”

More fans remembered all the strict rules that Kim enforced with her own kids.   So, one follower wrote, “Whew the irony😂I know them kids are rolling!”

What are your thoughts about Kim being arrested for DUI? Are you shocked? Sound off in the comments below.

Be sure to catch up on everything happening with the TLC cast right now. Come back here often for more Welcome To Plathville spoilers, news, and updates.