The Bold And The Beautiful Spoilers: An Unexpected Marriage Proposal-Sheila Proposes To Deacon? 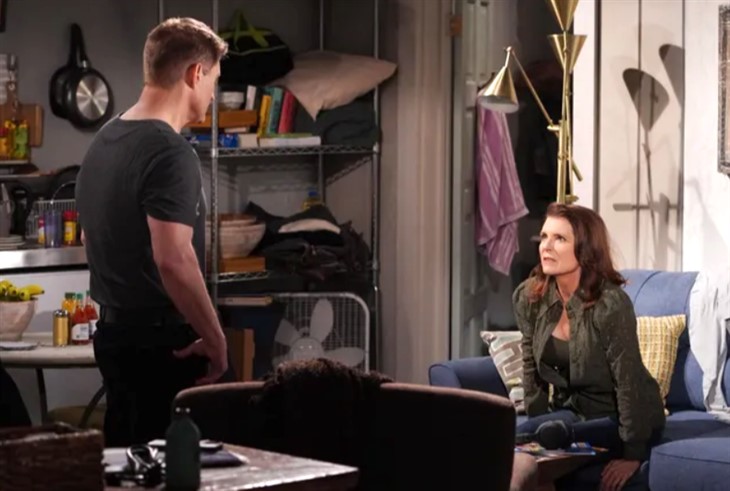 The Bold And The Beautiful Spoilers – Maybe Not So Unexpected?

Maybe a marriage proposal from Sheila wouldn’t be so unexpected considering she seems to be forming an obsession with Deacon, which honestly could become dangerous for him. It would be much more unexpected were he to propose marriage to her, although it would be difficult to pull off legally. They would have to go to the courthouse to get a marriage license, which could put their freedom in jeopardy even if she did fake her death.

That could mean instead of their vows being until death do they part, they would be until prison do they part. But it’s the thought and intention that would count for Sheila, if not the legality; she could always fake an ID and birth certificate as “Lena” or “Debra”.

B & B Spoilers – Mexican Marriage?

Sheila might suggest to Deacon that they sneak across the border into Mexico and marry there, also a crime for him – he’s still on probation and can’t leave LA. But no one would ever have to know, she may reason – but with his luck, he protests, everyone would, and besides, he doesn’t want to get married. Nothing personal, she needs to understand, he just doesn’t want to risk his – uh, their – freedom; Sheila doesn’t want to honeymoon behind bars, does she? He’s careful not to promise anything after his probation is over and he’s free to do whatever because he doesn’t want to commit to her. Right now, things are good the way they are even though he still doesn’t like being trapped into keeping her hidden no matter how good the sex is!

The Bold And The Beautiful Spoilers – Private Vows, Just They Two?

Sheila keeps bugging Deacon to say yes and he keeps bugging her to stop; how about private vows, just they two, and have a little ceremony there in his apartment? They don’t need a license, an officiant or a witness, it can just be their secret little “wedding” just between the two of them. No hassle, no risk, no harm, no foul; they can write out a little contract with the vows and send it back to themselves in the mail.

Deacon explains that’s like a “poor man’s copyright” when a songwriter or a writer writes something and mails it back to themselves to have legal proof they wrote it. It’s binding in a court of law in case of a lawsuit, so why not do that-they don’t have to notarize it or anything; she’ll think about it.