The Young And The Restless Spoilers: Is Diane Really Reaching Her Breaking Point? 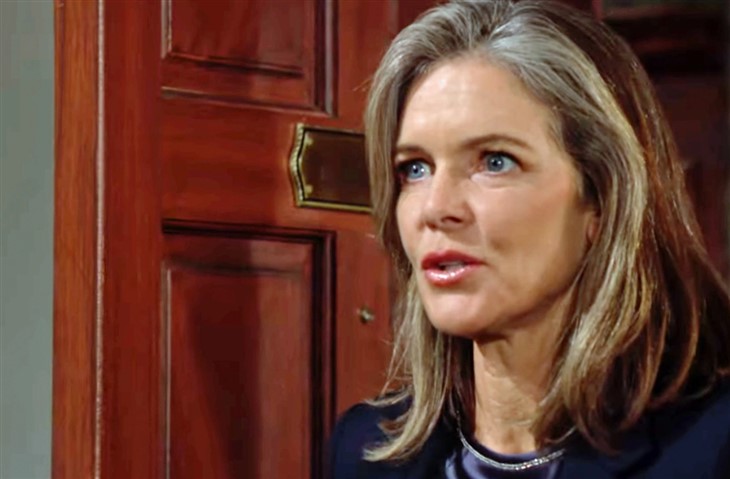 The Young and the Restless spoilers reveal Phyllis looking like all her hard work is finally going to pay off when it comes to Diane.

Phyllis Summers (Michelle Stafford) has spent months trying to show Jack Abbott (Peter Bergman) that Diane Jenkins (Susan Walters) really hasn’t changed at all and now she has her by the ropes. Phyllis brags to Nikki Newman (Melody Thomas Scott) that Diane is reaching her breaking point and she is about to snap.

This sounds like great news to Nikki considering that she flew all the way to Los Angeles to see what Deacon Sharpe (Sean Kanan) could tell her about Diane’s missing decade. Heck, she and Phyllis even hired an investigative reporter to do their dirty work, but it took Tucker McCall (Trevor St. John) arriving back in Genoa City for anything substantial to happen.

The Young and the Restless Spoilers: Room For Sally At Jabot? – Adam Seeks Reboot

Diane thought that she could do some damage control by confessing some of the truth to Jack about what she was doing with Tucker. Nope, it certainly wasn’t legal but she claims she was coerced into all her actions. Still, there are more secrets and Jack knows it. He is starting to realize that Phyllis was right all along and maybe he should not have broken up with her so soon.

Ashley Abbott (Eileen Davidson) has waned Diane gone ever since she returned and was working hard with Nikki and Phyllis for a while but then took a seat on the sidelines. Now, she is back in full force telling her brother that they can’t let Diane insinuate herself within their family anymore or it will come back to bite them.

Jack seems to agree but what about Kyle Abbott (Michael Mealor), who was happily bonding with his mother again? Is he as disillusioned as the rest of his family at this point? Of course, we have to ask what Diane will now do with things seemingly coming apart at the seams for her.

She has been known to be out of control before and she thought she was finally going to have it all this time. Will she fight back, and if so, who will get hurt? Stay tuned to The Young and the Restless weekdays to see how this story plays out.