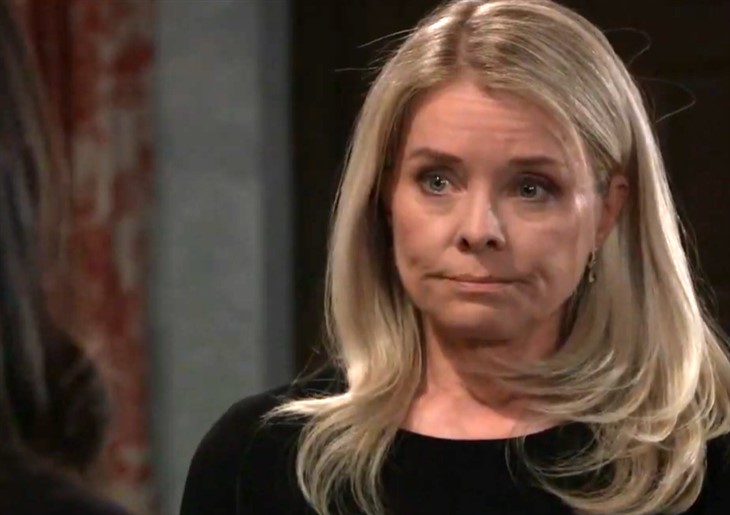 General Hospital spoilers reveals Dante Falconeri (Dominic Zamprogna) and Sam McCall (Kelly Monaco) are going to bump into a couple of friends on their next date night out. When they come upon Mac Scorpio (John J. York) and Felicia Scorpio (Kristina Wagner), it’ll be far too difficult to avoid the elephant in the room. So they’ll decide to talk it over instead. As Dante and Mac talk shop a bit, Felicia and Sam will make their way into a different conversation — all about Cody Bell (Josh Kelly).

Damian Spinelli (Bradford Anderson) told Sam that Cody blackmailed him into manipulating his Society Setups results to fraudulently match with Britt Westbourne (Kelly Thiebaud). Now that Sam knows more about Cody’s character, she’s not going to feel very comfortable sitting by and letting the people she cares about get taken for a ride.

That being said, she can’t tell Dante what she knows, or he will be required to report Spinelli’s activity to the NSA. The same goes for Mac, so she can’t even really take a risk on telling Felicia. Besides, she doesn’t want Felicia to then be in the same uncomfortable position she is right now — knowing what she knows about Cody and not being able to be honest about it with Dante.

Dante may not know what’s happening with Spinelli and Cody, but he’s certainly aware of what happened between himself and Cody years ago. Dante himself wasn’t always a shining example of the right way to behave or treat other people, so he knows a thing or two about the kind of guy Cody is. Still, he’s giving him the benefit of the doubt that he too has grown up and grown out of that mentality over the years since Dante last saw him.

Nonetheless, Dante is worried about letting Cody into his inner circle too closely, for fear that he might let slip the huge favor he did in taking the blame for a crime Dante committed. When Mac and Dante are talking about Cody’s assault on Scott Baldwin (Kin Shriner) and his behavior since then — coupled with him possibly being Mac’s son — Mac may be so wrapped up in his own anxiety about possibly having a grown son that he won’t notice how anxious Dante feels about that person being his childhood pal, Cody.

As Sam and Felicia start to dish — woman to woman and private investigator to private investigator — Felicia will start to have concerns she didn’t before. From the start of any suspicion that Cody was Mac’s son, Felicia has been a cheerleader for growing her family. Now she’s going to be wondering if she made a mistake pushing Mac in that direction. Will Sam share too much? Will Felicia go digging for more? Stay tuned for more GH news, updates, and spoilers just ahead.