General Hospital Spoilers: Terry Creates A Distraction, She And Liz Run Into Danger? 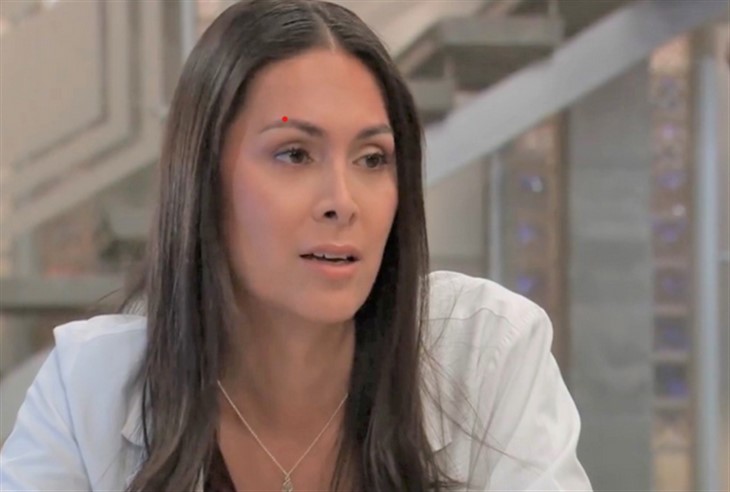 General Hospital spoilers and updates tease that when Terry Randolph (Cassandra James) and Elizabeth Baldwin (Rebecca Herbst) go on their trip, Terry will create a distraction. Will she and Liz run into danger during their visit to Monterey?

Monterey happens to be where Elizabeth’s parents, Jeff and Carolyn Webber (William Moses, Denise Crosby) live but also the location of a seminar they’re going to. Elizabeth talked to Terry about breaking into her parents’ house and looking for evidence of when they were in the Mariana Islands in 1996 so she can get answers. Elizabeth’s traumatic memory of the woman she argued with that was at the bottom of a staircase turned out to be Hamilton Finn’s (Michael Easton) late wife, Reiko Finn (Mele Ihara).

She doesn’t want to do anything until she has evidence of what really happened to Reiko and if the fall down the stairs caused her death. Finn has always said she died from Blackwoods’ Syndrome, the disease he eventually did create a cure for.

GH Spoilers – Who Was The Man At The Top Of The Stairs?

A lot of Elizabeth’s memory has come back to her except who the man at the top of the stairs looking down at Reiko was; she never sees his face. Was it her father, Jeff, as she assumes, or could it have even been Finn; that is a very scary thought considering he’s never shown an inkling of recognition from then. She was struggling with Reiko at the top of the stairs and telling her to stay away from her father, not even to mention his name. Jeff was known as a philanderer and perhaps he was having an affair with Reiko, or she was chasing him? Another answer she hopes to find is how Reiko fell-was she pushed, or did she merely lose her balance?

One possibility that Terry will have to create a distraction is if Elizabeth is inside her parents’ home and they come home unexpectedly, or one of them does. Surely she has checked their work schedules because she knows where they work even though she hasn’t wanted communication with them. Cameron Webber (William Lipton) even tried to talk her out of going because of the seminar being where they live, knowing she’s long avoided them.

Terry even suggested that instead of breaking into their house when they’re not home, why not just ask her parents about what happened back then? But Elizabeth declined, saying that she had to find evidence, if there is any, for herself and she knows there must be.